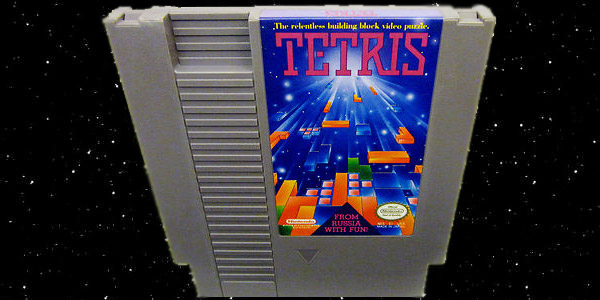 “What started as a simple, computer puzzle game 30 years ago, today is part of our global consciousness, connecting people of all ages and backgrounds and feeding our innate desire to create order out of chaos. We look forward to partnering with Threshold Entertainment to re-imagine that common experience and bring a spectacular new Tetris universe to the big screen for the first time. In this new universe, as you’ll soon find out, there’s much more to Tetris than simply clearing lines.” – Tetris Company managing director Henk Rogers

Tetris is going to be a movie! The Wall Street Journal reported yesterday that the Tetris Company and Threshold Entertainment are working to get Tetris on the big screen. A director or cast has not been signed on yet, but for Threshold CEO Larry Kasanoff, the vision is very real “a very big, epic sci-fi movie.”

Will the movie star anthropomorphized Tetriminos? No, “This isn’t a movie with a bunch of lines running around the page … We’re not giving feet to the geometric shapes.” Stated Kasanoff. So what will make Tetris an “epic sci-fi movie”?

“Brands are the new stars of Hollywood … We have a story behind Tetris which makes it a much more imaginative thing.” Kasanoff explained, he then added “What you [will] see in Tetris is the teeny tip of an iceberg that has intergalactic significance.” Kasanoff has experience with movies based on video games such as Mortal Kombat and Mortal Kombat: Annihilation in the ’90s.

Sounds like this story will have to start in a galaxy far far away … Are you looking forward to the Tetris movie? Let us know in the comments.