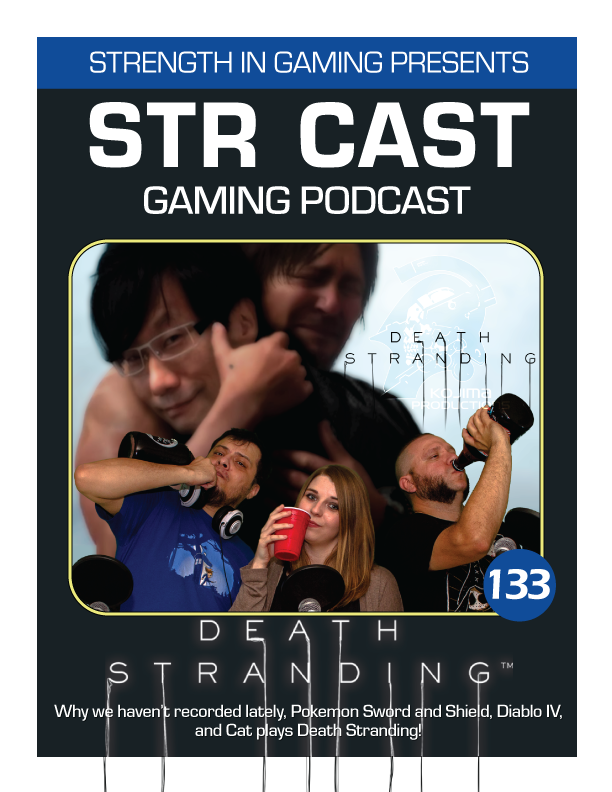 Why have we been gone for so long? Life that’s why, but we are back! And we are here to talk about Pokemon Sword and Shield, Diablo IV, The Outer Worlds and school. Cat has been playing Death Stranding and she is going to take you down a very weird rabbit hole. Including but not limited too Norman Reedus’ wet naked ass, because apparently you can shower in Death Stranding.

“Death Stranding is an action game developed by Kojima Productions. It is the first game from director Hideo Kojima and Kojima Productions after their disbandment from Konami in 2015. It was released by Sony Interactive Entertainment for the PlayStation 4 in November 2019 and is scheduled for release by 505 Games on Microsoft Windows in mid-2020.

The game is set in the United States during the aftermath of the eponymous Death Stranding, which caused destructive creatures from a realm between life and death to begin roaming the Earth. Players control Sam Bridges (Norman Reedus), a courier tasked with delivering supplies to the fractured and isolated colonies that remain and reconnecting them via a wireless communications network.

Alongside Reedus, the game features actors Mads Mikkelsen, Léa Seydoux, Margaret Qualley, Troy Baker, Tommie Earl Jenkins, and Lindsay Wagner, in addition to the likenesses of film directors Guillermo del Toro and Nicolas Winding Refn as supporting characters. Death Stranding received generally favorable reviews from critics, who saw it as a unique experience and praised its voice acting and graphics, although many were polarized over its gameplay and story.” – Wikipedia