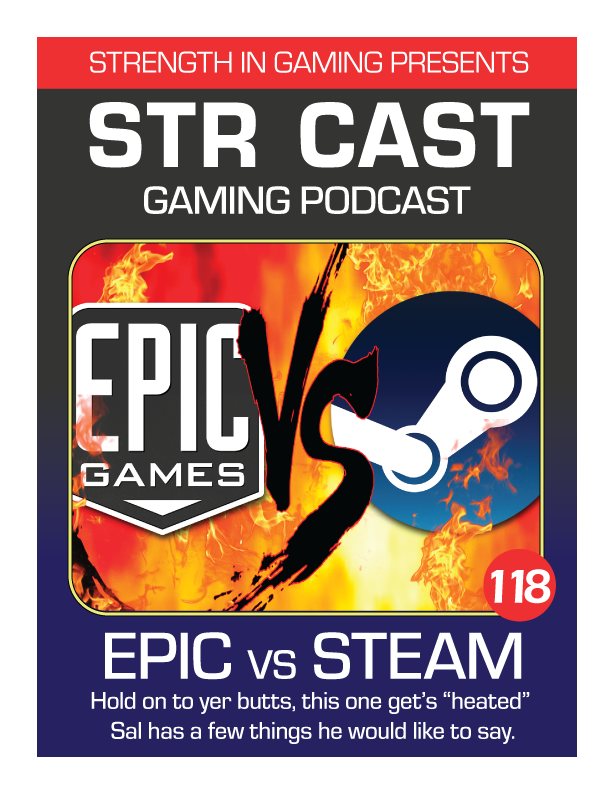 In this extremely heated episode, Sal has a lot to say about EPIC vs STEAM. Hold on to yer butts, this steamy epic pile of entertainment will get your hot and bothered. We also discuss Sony Playstation’s “State of Play” and Google Stadia. Meanwhile Jack “liquid-Ass-ebedo” swipes right on all everyone, check him out on tinder ladies just search Liquid-Assebedo. (he was actually on Grindr)

“Epic isn’t afraid to spend its Fortnite money, as evidenced by its free game program, and it’s been quick to jump on any opportunity: When Unity and Improbable had a public spat last week, it was mere hours before Epic announced a partnership with the latter. The company has also secured multiple exclusives, including Journey, which we never even expected to come to PC. It’s going hard, in other words.

Meanwhile, Steam has 90 million monthly users, and plans to spend the year improving discoverability, growing in China, building out its Twitch competitor, and improving the client. The Epic Store has made itself known, and will surely introduce the unruly Fortnite crowd to new games throughout 2019, but I don’t expect it to slow Steam down—not yet, at least.

GOG and itch.io offer very different selections and experiences, and will hopefully not be overshadowed by this battle of giants. The best-case scenario is that the competition inspires Valve, Epic, and everyone else to improve their offerings—maybe with features we didn’t even know we wanted (or perhaps a few more Valve-developed games?). However it shakes out, Epic has ensured that 2019 is going to be a lively chapter in the story of PC gaming.” – PC Gamer