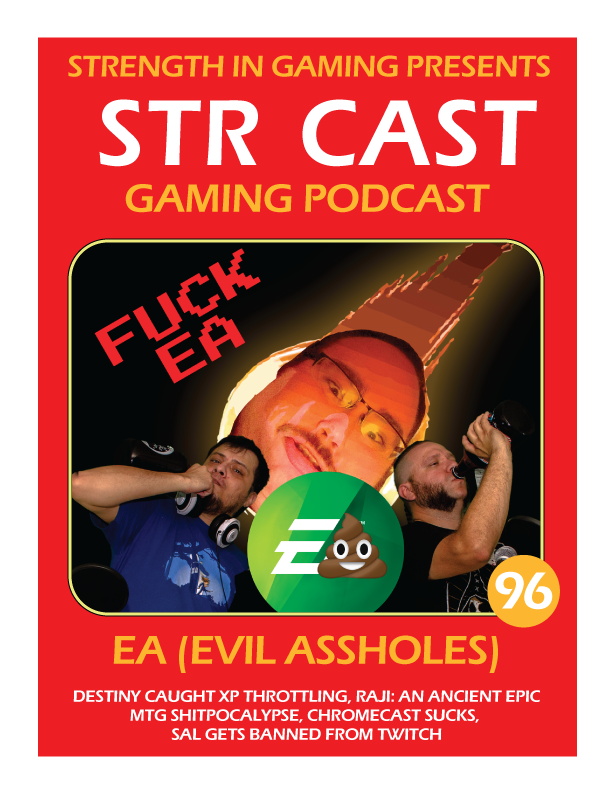 EA IS IN SOME HOT WATER, AND A HOT PILE OF SHIT WILL START TO DISSOLVE. Granted EA has been shit for a long time, so it could be petrified.
NEWS: Destiny (Bungie) was caught throttling XP at higher levels. There was an MTG Shitpocalypse a.k.a. #GatheringGate. Chromecast sucks bawls… And last but certainly not least, or actually last chronologically; Sal gets perma-banned from TWITCH.

Brought to you by:
Executive Producer – Prem, The Troll in the North (Przemek Ciesielski)