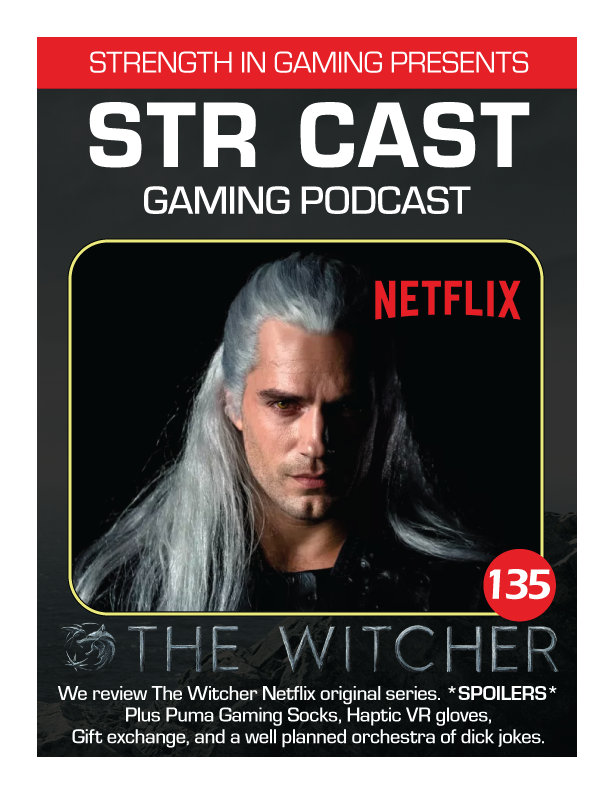 We review The Witcher Netflix original series with some *SPOILERS* Henry Cavill is dreamy so says Samson. Plus some news: Puma Gaming Socks, Haptic VR gloves, Gift exchange, and a well planned orchestra of dick jokes.

The Witcher is an American fantasy drama series produced by Lauren Schmidt Hissrich. It is based on the book series of the same name by Polish writer Andrzej Sapkowski. The first season, consisting of eight episodes, was released on Netflix in its entirety on December 20, 2019. A second season was announced for release in 2021.

Set in a medieval fictional world on a landmass known as “the Continent”, The Witcher follows the story of solitary monster hunter Geralt of Rivia (Henry Cavill), sorceress Yennefer of Vengerberg (Anya Chalotra) and Cintran princess Ciri (Freya Allan), who find their destinies tied together. The first season is based on The Last Wish and Sword of Destiny, a collection of short stories which precede the main Witcher saga. The first season explores formative events that shaped the three lead characters, prior to their first encounters with each other.