Strength in Gaming The Podcast of Video Games for Adults
Strength in Gaming is a podcast of real nerds, with 8+ years of honest opinions. We deliver relentless gaming reviews and hilarious geek-filled entertainment. What are you waiting for? Join the nerdfest and subscribe now! 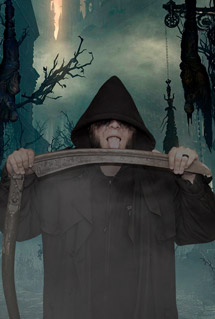 Specialties: Any and all PC games & some Console.

My earliest memory of playing video games was on my NES and Sega Master System in the 80’s. My dad use to bring home a new SEGA game every other day. Games like Zelda(Gold Cartridge) and SpaceHarrier were some of my all time fav’s. My first computer in the 90’s was a TANDY 486SX, and my favorite game was an educational game called Animals, it was an interactive zoo with real life video of animals. I later graduated to a SONY Viao system and built my first PC in college. I have been in love with video games and computer’s as long as I can remember. I had a really rough childhood and the Final Fantasy series played a great deal in my therapudic getaways. FF7 in particular was one of my all time favorites, there was nothing like escaping to Cosmo Canyon, or the industrial city of Midgar. In 1999 I became addicted to my first MMO besides MUD’s known as Sony EverQuest and have played many MMO’s since then. I’ve been playing RTS’s since Warcraft II and currently StarCraft II is my all time favorite RTS.

A note on my play style, I consider myself a bit of a terrorist, and my friends would agree. In MMO PVP I like to gank as any assasin type class. In RTS I love harrasing and tricking players into fighting eachother – Cold War Styles.

I started Strength in Gaming because I wanted to share my gaming experiences with others. I didn’t want to make just another review or a traffic blog to make a few extra bucks. Gaming raised me in a way and it gave me strength when I needed it most. Video games taught me a lot, perhaps more than my parents ever could. I chose video games over gangs, drug addiction and other serious problems. The media tends to paint video games in a deterimental light and I intend change that! My goal is to help others find Strength in Gaming! 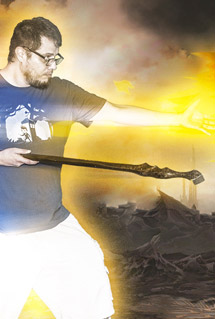 I have been playing video games since Atari and received a Nintendo when it first came out. Super Mario brothers were my first game with duck hunt and since then I’ve been gaming hard core. One of my first memories of video games is playing final fantasy on the nes since then I’ve always had a soft spot for RPG games. Zelda was my next obsession receiving this game as a birth day present sent me to the moon seeing that cartridge in gold just put me on cloud nine. As I got older I started getting into action games like castlevania on snes and mutant league football on genesis. My first venture into pc games was doom on my windows 3.x pc which I had to play in secret cause of the gore my parents didn’t approve of. I’ve owned every console out since the days of nes and fondly remember my friends coming over every day and taking turns playing though games. Recently I’ve taken to playing both pc and console games.

If you’re going to be playing with me rest assured I’m going to be playing support classes and ensuring your kept safe I’ve always played a heal or tank in mmorpg games, and if you’re playing fps games I’m right behind you with support skills to ensure you know where everyone is at.

My reason for being on Strength in Gaming is to share my gaming experiences and help give you a review of what I’ve been playing without pulling ne punches I’ll give it to you straight and also give you tips n tricks to help you get the best out of your games. So you will never see me give you a fan boy review or comments that will mislead you about if a game sucks or not I’ll give you the pros and cons and then give you my opinion at the end. 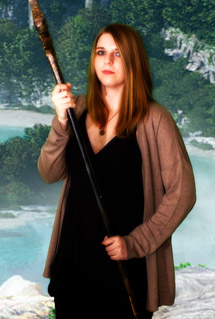 I’ve loved video games ever since I can remember, my dad used to sit me in his lap while he played the NES and PS1 and that’s how I learned to read. We used to play Final Fantasy VII and I would read all the quote bubbles out loud (I was even a good girl and replaced the curse words with nice words!) That’s definitely my favorite game of all time, not only because of the nostalgia but because it’s the best FF game hands down. I also fell in love with FFVIII and have a Lionheart tattoo to prove it! Childhood games include Legend of Zelda, Pandemonium, Super Mario Bros, Mortal Kombat, Donkey Kong, Kingdom Hearts, Tomb Raider, Beyond Good and Evil and of course Pokemon! More recent games include WoW, Diablo III, Devil May Cry, Skyrim, later FF installments, and of course, still Pokemon! I primarily play on the PS3 or the Nintendo 3DS these days, but I occasionally play on the PC or my Xbox 360, and I make it a routine to occasionally break out my NES, SNES or N64 and play some retro games.

My play style is definitely that of a treasure hunter and a completionist. I have to have all the cool items and god forbid I miss a treasure chest! In MMOs I primarily play as a stealth character, light and agile. There’s something about a good sneak kill that really makes me feel like a badass. And you know I’m a pro at picking locks in Skyrim!

I’m on Strength in Gaming because I simply love anything and everything games! My specialty and passion is Pokemon because it has been so prevalent throughout my entire childhood and it’s still going strong, and there are a lot of mysteries, secrets and nuiances to the games that people tend to miss! I’m here to bring you these hidden treasures, give you tips on gameplay, and show you just how complex and awesome these games are! Pokemon Fan Catie at your service!