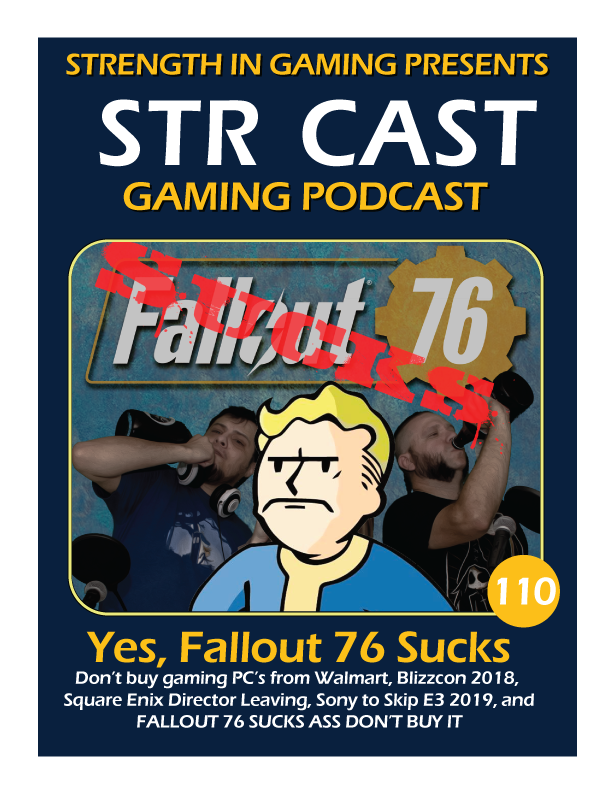 Walmart is making shitty gaming PC’s
“my open-faced laptop hybrid is better!” – Samson
– They shipped the wrong model to a reviewer!
– They’re case design is suffocating
– They used hot glue on connectors… blasphemous!
DO NOT BUY a gaming PC from WalMart
Blizzcon 2018
– Warfract III Remaster
– Ashe new Overwatch Hero,(looks like a marshal or something, female McCree?”
– Diablo Immortal, the wet fart in Tristram church.
– hearthstones new expansion is about Trolls, Sal just painted one in miniature form, also no one cares about hearthstone anymore not even me – Samson
– WoW Classic, (paid vanilla but included in your normal sub)  This might bring me back… – Samson

Square Enix Director leaving,
– Hajime Tabata has resigned from Luminous Productions and the Square Enix Group as of October 31
– Cancels 3 DLC’s for FFXV
Sony to Skip E3 2019
– I wonder why?
– End of an Era

– Sony’s Statement “As the industry evolves, Sony Interactive Entertainment continues to look for inventive opportunities to engage the community. PlayStation fans mean the world to us and we always want to innovate, think differently and experiment with new ways to delight gamers. As a result, we have decided not to participate in E3 in 2019. We are exploring new and familiar ways to engage our community in 2019 and can’t wait to share our plans with you.”

Surprise Mother Fucker! Fallout 76 Sucks
– Beta sucked and full release is SURPRISE an incomplete game just like No Man’s Sky, apart from the fact that they didn’t hype it as much I would say.
– also 60 bucks? 90+ gigs + MICROTRANSACTIONS?!?!?!!?!?!? HARD FUCKING PASS
– Bethesda has earned a dick punch methinks
– Full Price Bethesda Multiplayer Beta 76
– Should have been a multiplayer DLC for Fallout 4 instead