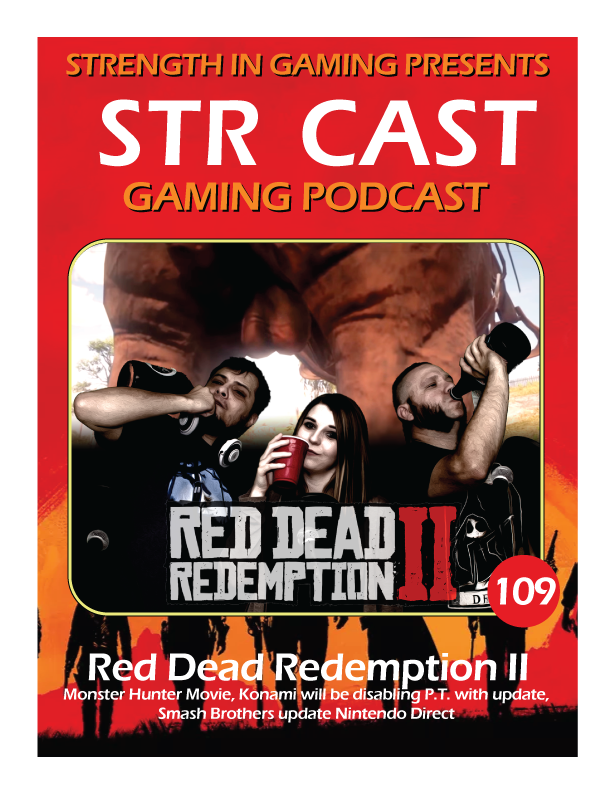 Konami will be disabling P.T. with update
– It was a rumor on Halloween

– Reddit post aka Rumormill
Smash Brothers update Nintendo Direct
Full List of announcements
– Ken (echo character) and Incineroar (wrestling fire-type Pokemon) New characters round out the games roster of 74.
– Additional assist trophies added – Guile, Isaac (Golden Sun), Fly Swatter (Mario Paint), Spring Man
– Spirits (characters from various other games) introduced to give bonus powers and power ups to Smash fighters.
– Online modes get overhauled to provide a better matchmaking system. Companion app called Smash world announced to upload highlight videos and clips of matches.
– Early Purchase Bonus >> Piranha Plant joins the battle?!
– The world of light story mode looks amazing. Its considered the campaign mode of the game. Smash hasn’t seen a campaign mode since Subspace Emissary (Smash Bros Brawl for Wii).
– Future DLC confirmed…guarantees new first and third party characters developed from scratch. New fighter bundled with new stage and music tracks for $5.99 (24.99 fighter pass covers 5 sets)
Monster Hunter Movie, Starring Milla Jovovich and the same guy that directed the Resident Evil Movies. (Paul W. S. Anderson Milla’s Husbando)
– Movie being made for Japanese and Weebs (like Sal)
– They want it to be a franchise series like RE
–  Production started in Sept, Milla has been sharing photos of her Charactrer Cpt. Natalie Artemis
– $$$60 mil Budget Resident evil was only 32mil back in 2002
– Some other big names on the cast such as Ron Perlman
Red Dead Redemption 2 Release
– Red Dead Redemption 2 Launch Trailer – (looks like a decent western movie maybe)
– 97/100 Metacritic (77 critics) – 7.7 / 10 (Users over 900)
– Red Dead Redemption 2 has the largest first weekend in entertainment history with $725M
– #1 best game of 2018 3 points above God of War
– Eddie certainly is playing it
– I might break down and try it to prove I still am bored with it (Samson) nvm i got bored trying to catch up story wise
– The game is so detailed, your horses nutsac shrinks in cold weather