STR CAST 120: Gamers are the Problem 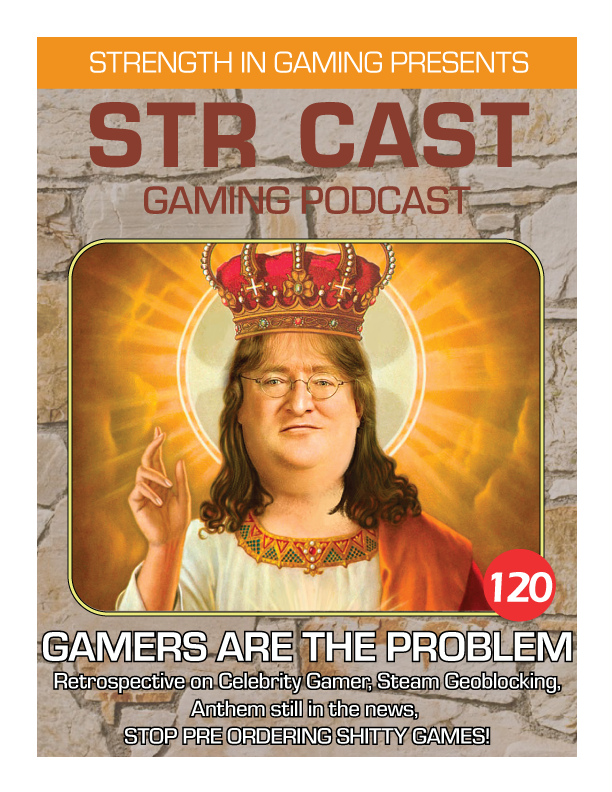 Why are gamers the problem you ask? STOP PRE-ORDERING GAMES! We tell you why in this episode! In addition we have a brief retrospective on Celebrity Gamer, Steam geoblocking, and Anthem is still in the news. We repeat STOP PRE-ORDERING SHITTY GAMES!!!!!

“When you pre-order a game, you’re a guaranteed sale in the publisher’s eyes. Instead of having to guess how many people will buy the game, it has a good idea of the sales to expect.

This leads to the big game studios continuing bad practices. If they know the game will sell millions no matter what shape it’s in when released, why put the effort in? Assassin’s Creed Unity is a great example of a shamefully broken game that was still released.

Game demos, once an important way to try before you bought, are all but extinct. Why would a developer offer a demo when it knows you’re going to buy the game anyway? And with multiplayer-focused games, access to the beta is usually restricted to a pre-order bonus.“ – makeuseof.com

“Gamers are the problem” – Strength in Gaming
Posted in Podcast