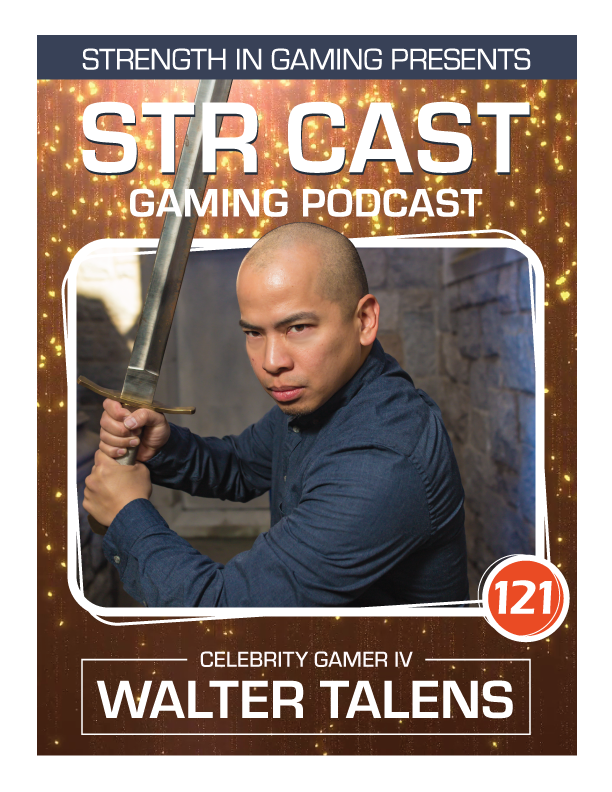 Whiskey and war stories, award winning combat correspondent, host of Pangeekery podcast, US Army veteran Walter Talens joins us for this installment of Celebrity gamer! This is by far one of the most interesting and intense episodes yet! But don’t you worry there is plenty of gaming and whiskey talk to balance out the intensity leaving a nice smooth finish.

33:24 – This is the incident and the “Voldemort” we were talking about.
Robert Bales (https://www.nytimes.com/…/afghanistan-civilians-killed-amer… )

1:34:48
Talking about Patricio Birthday Party where I first met Earl. I was thinking of Dexter who works for “Agents of SHIELD” and AJ A.J. Calomay who worked on Mr. Robot. For some reason, the show “Lucifer” popped into my head and I can’t talk about Lucifer without giving Mark AJ a shout-out, whom I did not meet at Patricio’s birthday party.

——– VIDEO GAMES
Your preferred video game genre?
What video game you are currently obsessed with?
Do you ever go back to the same video game over and over again?
What is your favorite console, and why is it PlayStation?
As a martial artist, which fighting game do you think gets it right?
————-  Film making / Acting
Do you prefer to be in front of the camera or behind it?
Of the films you have worked on what was the most interesting?
What is the funniest thing that has ever happened on set / location?
Agent’s of SHIELD, as a Marvel fanboy what was your experience like?
As a veteran and combat camera man, what was the most harrowing experience filming in a combat situation?
What was the best part about being a combat correspondent?
How has your military career affected your hollywood career?
————-  TABLETOP
The board game that got away, Hero Quest; if we could find a copy would you play with us?
Dungeons and Dragons, has Earl tried to get you into a campaign yet?
—————–  Podcasting / Interviewing
Being on the red carpet in uniform, did that make it easier or harder to greet Celebs?
What is a typical Pangeekery session like?
Where you friends with any of the Pangeekery cast / crew before the show was born?
FilAm Creative: Voices – Who has been the most interesting Filipino American Creative that you have interviewed?
—————–  RANDOM (time permitting / curve-balls)
What is your Pottermore House?
Star Wars or Star Trek?
Best method to kill a MEGA SHARK?
———– PLUG
Before ending, we will be sure to give ample time to plug latest or current projects, events, notable appearances, social media etc.
Posted in Celebrity Gamer, Podcast