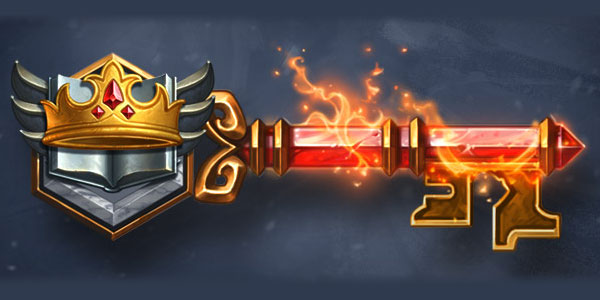 Watch the Video on YouTube Jumping into Multiplayer: Hearthstone Be sure to read the article below for the full lesson!

Hearthstone or as some elitists would call it, Diet Magic: The Gathering, is an online turn based collectible card game featuring nine classes from Warcraft lore. Currently there around six-hundred cards from which you will create thirty card decks. This game in particular is super simple for the casual player or even someone with zero experience playing trading card games to jump right in to. The game is free so go ahead and download it. Once you begin to play through the introductory games you will steadily unlock all of the nine classes by beating their basic decks in practice mode. 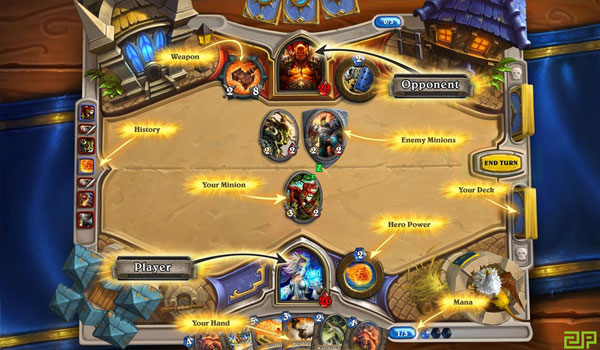 As you unlock all of the heroes in practice mode you will start to gain cards by getting class experience. At this point one of the best things you can do moving forward in Hearthstone is to go into the My Collection tab and click on Crafting Mode. From here you can look at every single card in the game and see what they do. Giving the cards a solid read through will better help you prepare for how to deal with them as you play. In particular you should get well versed in: battlecry, deathrattle, secrets, key minion abilities, silence effect, and buff cards. Once you understand many card attributes you will be better prepared for how to play against your opponents because you will know in advance what card synergies they are trying to achieve.

I recommend that if you have been playing Hearthstone for about two weeks and are consistently coming back to the game and wanting to complete your daily quests or see how well you can do in ranked play, it will be worth your money to put $50 into the game and get forty booster packs. Hearthstone is not exactly a pay to win game. High levels of ranked play can be achieved without any legendary cards. However, just being able to open up a huge variety of options in terms of deck building will make the game instantly more enjoyable. I feel doing this one time is sufficient. You won’t be getting so many cards that the fun of collecting cards is diminished, but you will be able to create a deck with any of the classes and make it work in ranked play. 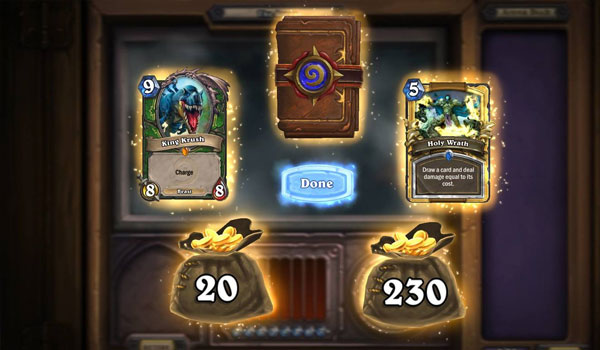 Speaking of collecting. By far the best way to grow your collection is by playing arena. You are guaranteed to get at least one pack and if you do really well can get up to two packs and/or around 400-500 gold. Personally I love collecting golden cards in Hearthstone even if they never go into one of my decks. They look cool, they have cool animations, and are basically a swag indicator. However, if you manage to loot golden cards they can be disenchanted by right clicking on them in your collection. This will give you a good amount of dust that can be used towards creating that one card you need to make your deck truly amazing. Make sure to regularly click on the crafting mode button under my collection and disenchant your extra cards. By now I think I have created about five extra legendary cards just from dust collecting.

When it comes down to game play. You want to ride the train to value town, meaning you want your cards/minions to be trading better against what your opponent has on the board. If one of your minions can kill 2 or more of the opponents then you are getting better value. You can think about the value of cards in terms of their mana and card cost. If a five mana Fen Creeper ends up killing three random two mana cost minions you can consider yourself ahead two cards in the game. Look for trades with the highest value!

Don’t overplay your hand. You want to play just enough cards to maintain an advantage on the board. Playing 4 or more minions when your opponent has nothing on the board might seem like a great way to apply pressure and take a quick win, however, keep in mind that every class has options in terms of area of effect damage. Your aggressive play can be instantly met by your opponent’s board destroying area of effect spell and immediately put you way behind in the game. Look for the most value in your removal spells and remember that your opponent is trying to do the same thing. If you have three minions on the board and your opponent plays no minion or plays a card draw spell for example, on your next turn just hit them for the damage you have on the board and make use of you hero power. There may be no reason to play a card at all. Time is on your side, even though it might not seem like you are doing much damage. 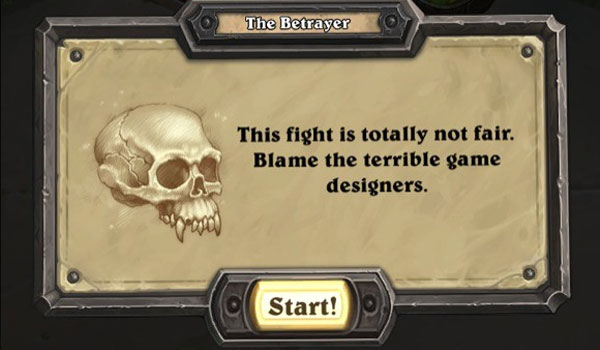 You also do not want to over buff one minion alone. If the opponent has any silence effect or a spell to deal with a buffed minion then they are effectively getting a two for one trade by killing the minion and the buff. Typically buff cards should be used when you need more hit points or attack power to regain board control. Keep in mind while playing when there are multiple minions with deathrattle that the minion which has been on the board the longest will activate their deathrattle first. Learn how and when to play against mage and hunter secrets effectively. Trigger them when they will deal the least amount of damage. Learn when you are better off making use of your hero power instead of playing another card. Getting familiar with spell and minion abilities will take practice.

Lastly, the meta. When people talk about the meta of any game they are referring to the fact that certain strategies that are effective will become well known through the magic of the internet. “Net-decking” or copying a deck list online is a double edged sword. Firstly, just copying a good deck does not mean that you will immediately know how to play that deck well in every match up. Practice makes perfect. The deck can end up being very strong however, the downside is that once your opponent is clued into what you are doing they can much better plan against your strategy because they will have a pretty good idea of what possible cards you will be playing.

And finally, do you have lethal? Meaning, can you win the game right now with what cards you have? You should be asking yourself this question on almost every turn. If you don’t have lethal then play for board control and card advantage. Hearthstone will train you to do shorthand math in your head fairly quickly so make sure that you do not miss a winning play. Never give your opponent a chance to come back that they don’t deserve.

P.S.  You can check out more videos/guides in this series as I post them here as well as on my youtube channel [see video above] or on http://gameanon.com/