My Destiny BETA on PS3

Brian “Bubba” Acebedo accidently chose a PS3 Destiny Beta Key as one of his two extras, so I got to play!

Launching the game for the first time had a very “Epic” feel to it, due in part to the awesome score of music behind it.  I felt that the Destiny Beta was very polished. My very first thought was ‘this game is like a combination of Halo and Borderlands’ … “Shut up and take my money!” I really feel like this game could be the next big hit with its combo of FPS and MMO. I played a Warlock class to the level 8 cap.  The level cap gave you just enough to really get you hooked. Also, as a bonus, Peter Dinklage is a little flying Rubik’s Cube-like-object known as Ghost, he guides you through the game as your companion. Who doesn’t want Tyrion Lannister as their sci-fi / Navi / cube-like companion following them around? Answer – No one … he puts the IMP in PIMP, for humps sake! 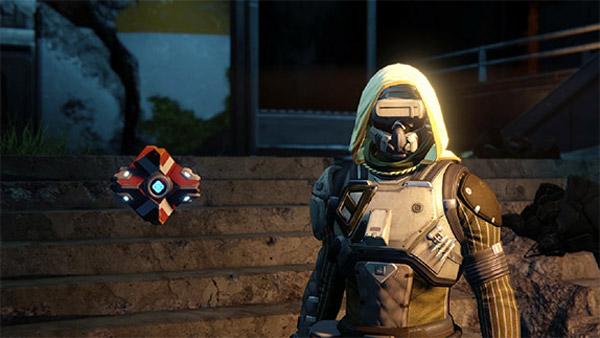 Destiny takes place after the Earth was ravaged by some big bad, known only as “The Darkness”. No, it wasn’t Charlie Murphy, rather some unseen force that knocked us out of our super-massive civilization’s golden age. The nemesis of the Darkness, “The Traveler” apparently saved what was left of us, and now floats above the last of our great cities as what appears to be a moon, but “That’s No Moon!” At any rate, the player roles are that of the “Guardians”, chosen ones who possess great power to protect what is left. But who gives a good gorram about story? This is an FPS / MMO, let’s talk gameplay! 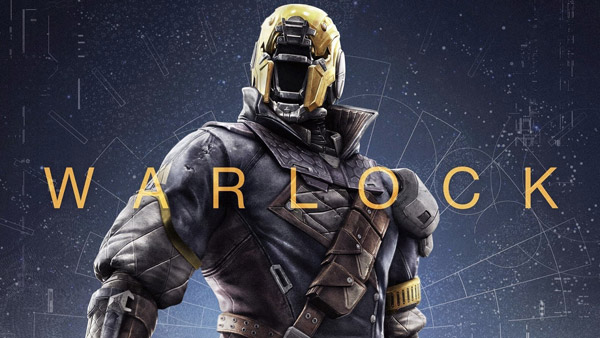 The Warlock is a very fun and versatile class. Wielding the powers of void magicks, the Warlock, is very similar to, the Siren in Borderlands.  As a warlock you get unique spells to destroy all that oppose you. The game plays very much like every other FPS, aside from a few extra button combos for special abilities. That being said, it is very easy for any FPS player to get the hang of, in a speedy fashion.

Much like any FPS, you have a classic HUD, complete with motion sensor, ammo read-outs health bar etc., combined with MMO-like quest updates. Also you can pull up Ghost with the select button, to check your current quests, go to orbit, or summon your primary mode of surface transportation, the “Shrike”. The Shrike is quite possibly the most fun thing in the game. It is a Star Wars-like speeder bike, fast and agile. At around level 4 you get a quest that unlocks this beauty, and it completely and swiftly breaks the monotony of quest running. 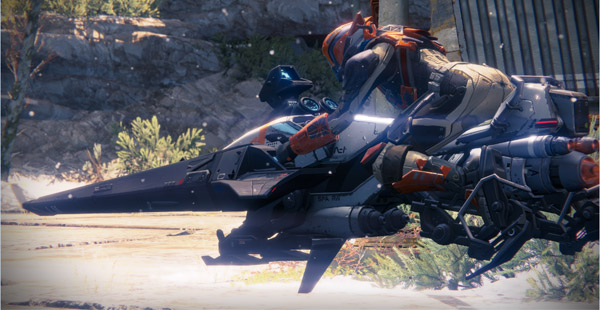 Much Like any MMO, you get experience to gain Levels, from killing enemies and completing quests, even PVP. Your enemies in PVE will drop loot, and you will also gain loot and money via completed quests. Occasionally “Public Events” will occur when you are out questing, and they usually consist of a Big Bad Boss-like MOB that everyone in the area can join in for some “Family Style”. These Public Events, if completed will also warrant a treasure trove of goodies. In addition, Participating in the PVP “Crucible” zone of Destiny will also earn you epic loot, XP, glory and of course, tea-bagging rights. 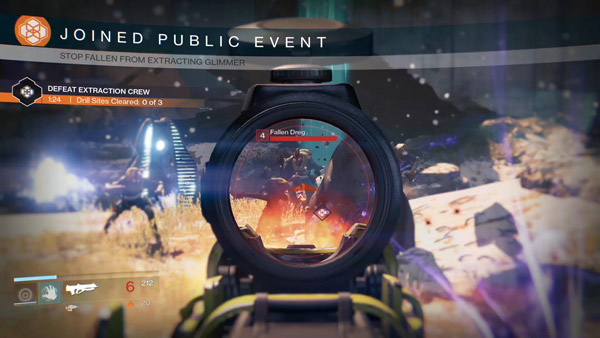 The PVE provides a very fun and exciting co-op atmosphere of gameplay, while the PVP might just help you fill the void that Halo left. We only got to play one of the PVP modes, “Control”.  Control is very similar to domination from the COD franchise. You get points for the time you hold each zone and of course from killing other players. As the Warlock, the “Nova Bomb” super ability was great for blasting 2-3 players out of existence at any given time. 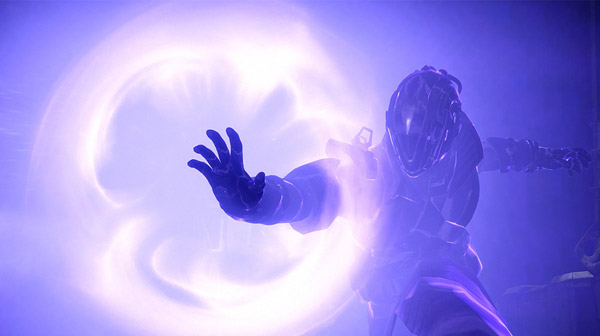 I so wish I had a Next-Gen console for this section.  I am certain that this game would be utterly stunning on PS4 or XBOX One, but I got to play it on PS3, because well “Last-Gen Gamer”. At any rate, this game’s design is still very beautifully crafted. Since I was on the PS3, I wasn’t completely overwhelmed by amazing graphics & visuals. However, I was still impressed by how solid everything was put together.

The gear in game contributes to the look of your character, something most FPS’ers aren’t used to, but nothing new for us MMO’ers. Character creation is pretty MMO standard. Don’t spend a whole lot of time customizing your face. Why not? You ask, because 90% of the time you are wearing a helmet on the surface of moons, and various planets. The only time anyone will see your face is when you are at the “Tower Hub”, the main city where you can retrieve quest rewards, check the local bounty board, shop to your heart’s content or socialize. However, I found that I wanted to get out of there as soon as I could, to jump back into the fray.

So, even on a “Last-Gen” console this game still looks great! I really love the sci-fi space feel of this game. However, don’t take my word for it! These fools played it on PS4: “Bitchin!“ – Brian Acebedo, “Scrumdiddilyumptious!” – Salvador Madrigal. 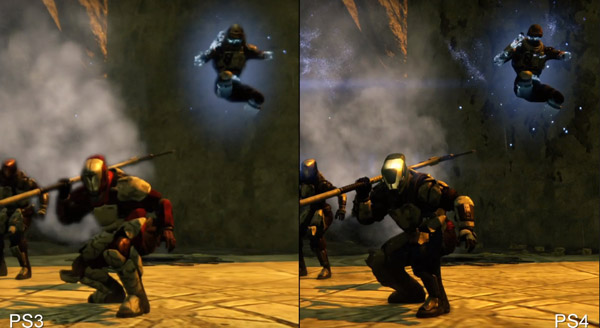 Something that always makes a game epic, when done right, is the score. Even in the Beta, I felt that Destiny hit it out of the park. As I said earlier, when you start-up the game you get “them epic feelz” from the title screen music. The over-all environmental audio gives you a great sci-fi feel and immersive touch. If you have surround sound or a good headset, you can hear your friend or foe from all directions, something that is key to any FPS.

Over-all the beta was solid. This game, with any luck, should be the next great hit. I want Destiny, so bad, the only reason I haven’t pre-ordered yet, is that I have no idea what console I should get it for, or even when I will have a Next-Gen console. I can’t wait to play more of Destiny, and its release of September, 9th 2014, couldn’t come sooner. 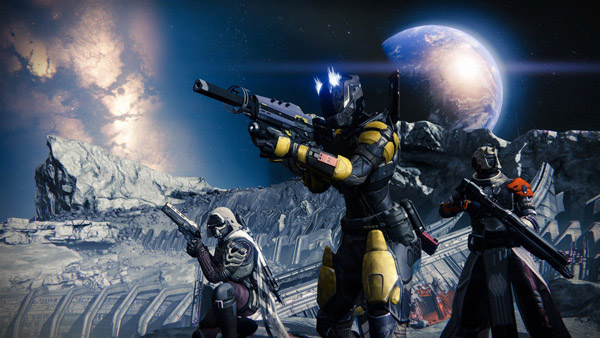