Home › Reviews › Alien Isolation: No one Can Hear You Scream

Alien Isolation: No one Can Hear You Scream 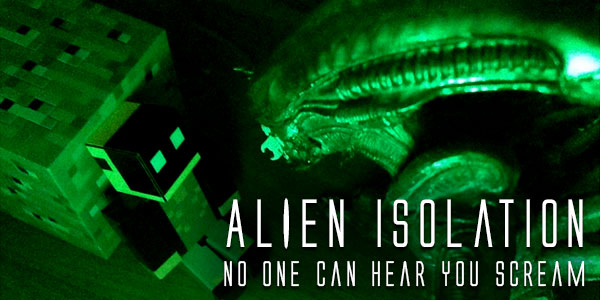 The Alien franchise, a shadowed memory of a better time. A time when you could go watch an R-rated movie underage with no problem, a time when the arcade renaissance was in full effect. Ever since Alien 3 came out, every movie, video game, toy or book has been forgettable at best. (except for those Kenner alien figures, those things were the shit!)

People still have a sour taste in their mouth after Aliens: Colonial Marines (Dad’s Article). So, could this game pull the franchise out of the pit?

Interestingly enough, it took a strategy game developer to pull this one off. The Creative Assembly is a SEGA owned development studio, having been around since the late 80s, acquired by SEGA as a European subsidiary. They haven’t done many note-worthy games other than their Total War series, which is a simple cookie-cutter strategy game, similar to Sid Meir’s Civilization.

The game was originally pitched as a sort of “hide-and-seek” action game, wherein 5 players would be dropped into a map, and hide from the xenomorph, played by a sixth player. The idea “went a bit viral” within SEGA studios, and the project was approved.

This game’s focus is on Ellen Ripley’s Daughter, Amanda. You are on the hunt for your mother’s missing ship. (The ship has been missing for around 15 years, 42 whole years before the events of Aliens take place).

Suddenly, your ship receives news that the Nostromo’s (ship from Alien) flight recorder has been recovered. The flight recorder is being held aboard a station known as the Sevastapol, owned by the Apollo Corporation. Once you enter the vicinity of the ship, things don’t seem right, as the marshall won’t respond to the captain’s attempts to communicate with the Sevastapol. Next thing you know, you’re aboard the sinister station. Confronting you is a man named Axel, an engineer on the Sevastapol, who tells you that everything has gone haywire since “it” got aboard. The xenomorph aboard has been killing crew members left and right, the androids aboard haven’t been functioning correctly lately, and all of the surviving crew members have been acting violently towards strangers, like you. To trump that, the Sevastapol is currently falling into the nearby planet’s field of gravity, so as to crash into it. Now, it’s up to you to survive this hell in space, find a way off the ship before it crashes into the planet, and find out what happened on mama’s ship 15 years prior.

This game does follow a specific story, however there are no real levels, just the ship. The one thing that people seem to be complaining so much about the game is the auto save feature, or lack thereof. The way to save in this game is walking by a phone booth, and manually saving from there. I am neutral on this because I believe gamers today are spoiled with the concept of auto-saving, but at the same time it seems so annoying to backtrack to the last phone booth and save your progress.

There is not just an alien hunting you down and/or attempting to kill you, there are three types of opposition:

Survivors are the lowest tier of enemies in alien isolation, and are kind of a mixed bag. Some are friendly and want to help you, others would rather kill you and take whatever loot you are carrying. They are super easy to kill, and can actually make great distractions because the bad ones shoot at anything that isn’t their teammates. This is great as they will shoot at the alien in vain, only to get their face ripped off. Make no mistake though, they WILL shoot at you, and they CAN kill you if you’re careless enough.

Remember when I mentioned androids in the story segment? Turns out the Seegson Corporation makes their own android models, dubbed “Working Joes”. Unlike the Weyland-Yutani Corporation synthetics, who look, talk, and behave like people, these knock-offs have silicon-rubber skin and LED eyes. They sound robotic, and show no mercy hence the tag line, “You always know a Working Joe!”. These guys are somewhat hard to kill, and melee combat is a last resort due to the strength of these robots. They have white eyes when docile, and red eyes when violent, so at least you know if a Joe is walking up to offer you assistance, or bash your head in…

The main enemy is of course the Alien himself. The alien can’t be killed, no matter how many times you shoot it, burn it, or hit it. Another scary thing about the alien is that the A.I. is completely unpredictable, unlike most enemies who run on a track. Stealth is key when avoiding the xenomorph, as running is discouraged, and NEVER hide in a vent because that’s xeno’s fast travel system through the ship. Instead, hide under tables, behind walls, and inside lockers. Which by the way if you happen to be hiding in a locker when he walks past, use the button to hold your breath, because the alien has hella good hearing, your motion tracker can even give you away!

Now the question is, how to defend from these foes? Well I’m glad you asked, there’s an in-game crafting system that allows you to make molotovs, smoke bombs, health kits, noisemakers, grenades, and more! It’s also important to scavenge the station for weapons, ammo, and other such items like your trusty flamethrower, which acts like xeno-propellant!

In the end, Alien Isolation nails that retro-futuristic look and drips with atmosphere and nostalgia, and the best part is no retarded alien bugs!

Come over here and give your old xeno a kiss!