Oh boy.  Here is a can’t miss concept that is every publisher’s dream.  Take a developer who is well known for executing fantastic first person shooters (Gearbox, the talented team behind the fantastic Borderlands games) and put them to work on a FPS based on one of sci-fi’s hottest properties, Aliens, then sit back and watch the money roll in.  Unfortunately for publisher Sega, nothing about this game is anything that could be remotely called good, and they were stuck squeezing this wet turd onto retail shelves in February 2013. 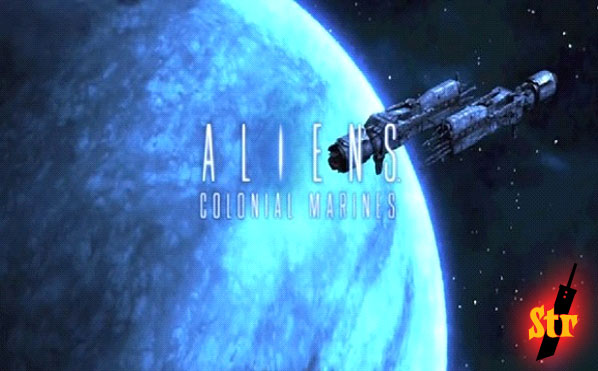 The title screen. Pretty much everything goes to shit past this.

Looking at the source material, they definitely made the right call, making this game a “spiritual successor” to the second film in the Alien series, AKA The Only One That’s Any Good.  Let’s be honest, Alien is about a half hour too long and has not aged well, Alien 3 is a crushing bore, and Alien Resurrection is not as good as Aliens.  That’s the worst thing I can say about it, as I am bound by my own personal code to not badmouth anything with Ron Perlman in it.  Aliens was a monster hit, directed by James Cameron.  That’s “brilliant sci-fi director of Terminator” James Cameron, not “heavy handed environmentalist preacher director of Avatar” James Cameron.  Gearbox honcho Randy Pitchford told anyone who would listen during the production of Colonial Marines of his deep love and appreciation of the 1986 flick, and how honored he was to be entrusted with the franchise.  “We got this”, he told the gaming press.  Hey, guy?  You don’t got it.

I guess I can start with the story.  This game is supposed to be considered canon, occurring immediately after the events of Aliens.  Except for all of the things in the game that contradict what happened in the movies.  Apparently, Hicks did not die in between the second and third movies as we were led to believe, as he miraculously shows up in one piece here, presumably for no other reason than Michael Biehn was available to do some voiceover work.

But I’m picking nits here.  As pointless as the story is, the visuals have to be some of the worst garbage I have seen this generation.  The characters appear to be waxy corpses, barely animated, with their mouths flapping up and down like a Clutch Cargo cartoon.  The textures look like absolute ass, and when they finally pop into the environment, there is not much improvement.  This does not even look like a PS2 game, it looks like some unauthorized rip-off, made by Chinese game pirates for sale in a Shanghai street market. 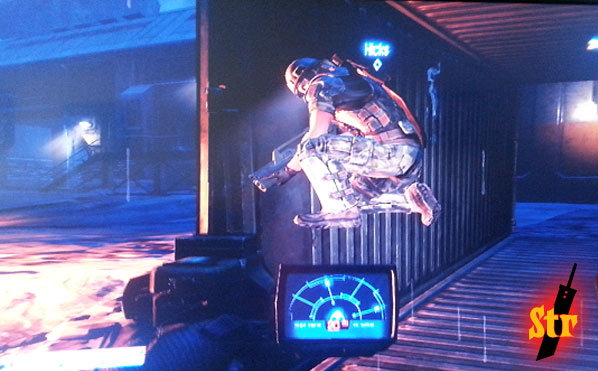 As terrible as the game looks, it plays even worse.  If the original crew of marines from the movie were headed out on a “bug hunt”, they didn’t get very many, as Aliens: Colonial Marines is the most bug-ridden piece of shit that it has ever been my displeasure to play.  In the movie, aliens climb out of the wall, terrifying the marines and startling the audience.  In the game, the aliens try to climb out of the wall, get stuck on a panel, gesture scarily a few times, then take a shit, and finally resign themselves to their fate.  They just hang there in the environment, waiting for you to shoot them.  When the AI-controlled marines get separated from you, which they will, meandering around the level aimlessly while you do all the work, you will walk into a room alone, only to have them materialize next to you in a flash of light.  I can not use the term AI to describe the enemies in this game, as artificial intelligence gives the impression that they are acting under the influence of some kind of intelligence. 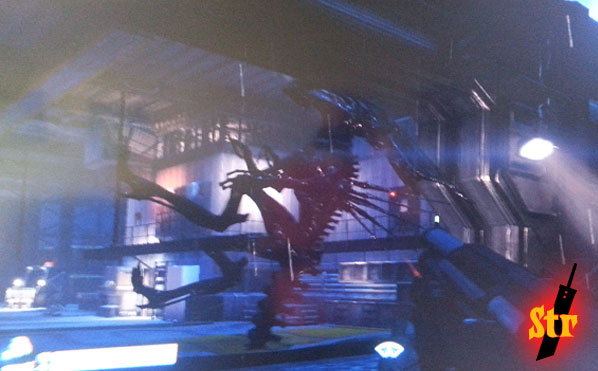 The queen got stuck in the hangar. She went in there looking for a way out of this bullshit game.

Playing Aliens: Colonial Marines feels like playing an unfinished game.  In addition to the crap graphics, garbage AI, and other weird glitches, I experienced a bug in which I died during an alien siege, with just a couple of them left.  My computer controlled squadmates finished them off, initiating a cutscene and awarding me a trophy.  Five seconds into the cutscene, it abruptly stopped, and started me back at the last checkpoint, fighting the aliens all over again.  Truth be told, the game is unfinished.  As the story goes, I wasn’t there mind you, but it has been alleged that Gearbox outsourced a great deal of the game development.  Like a procrastinating college student looking to buy a term paper off Craigslist, they went with TimeGate studios, and by the time it was due, they did not have the time to address problematic things like, oh, I don’t know, the entire friggin’ game.  After missing several project milestones, the publisher demanded the release of some kind of game to recoup their investment, and Gearbox had to hastily slap their name on what they knew to be half-assed shovelware.

So, why should people play this?  I realize that not many people truly appreciate a horrible game experience as much as I do.  But in order to appreciate the good, we must first have a level for what is a bad game.  Also, I think there are a lot of people that just don’t appreciate how much excruciating hard work goes into making video games.  Quality Assurance is the unsung hero of the game industry.  The layman imagines QA as a dream job, where you sit around and play Uncharted for 8 hours a day, and collect a healthy paycheck for doing it.  You don’t think of the pitiful bastard who had to play Twilight: Scene It for the Wii for three weeks straight.  Karaoke Revolution needed QA, too.  Where is the appreciation for the poor soul who had to sing “Hey Jealousy” by the Gin Blossoms 38 times, just to make sure the game wouldn’t crash?  Aliens: Colonial Marines may not deliver as a video game, but as an approximation of what it’s like to work in quality assurance, this game is a triumph.