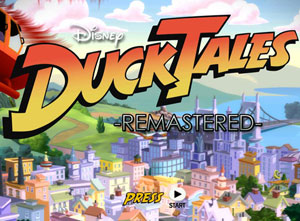 In 1989 the first DuckTales game was released on the NES and was one of the best memories of my childhood.  24 years later it’s remastered, released and I’m a kid again but with better graphics.  If you played the original version, this will seem familiar because it’s the exact same game just with shiny new colors and animation. 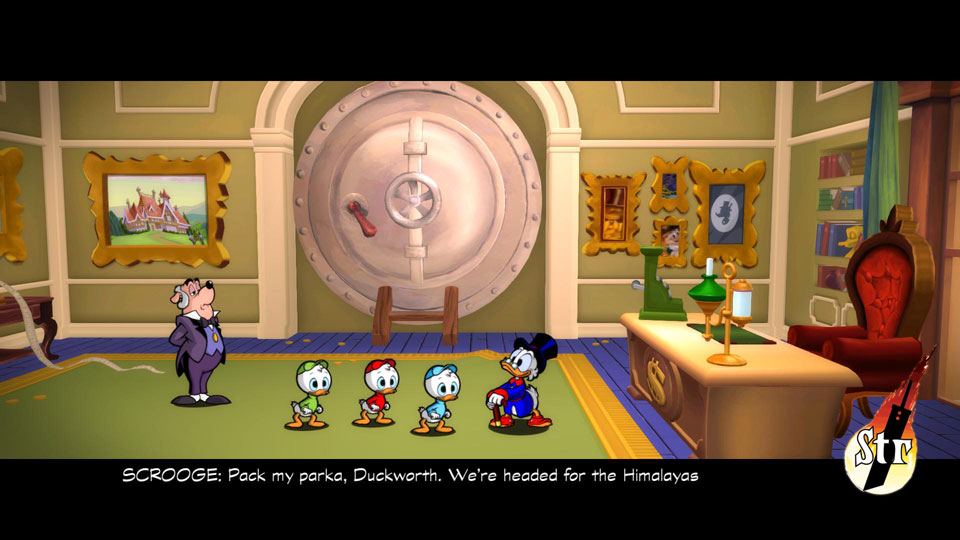 This is a side scrolling adventure game and you only have two attacks; you can either pogo on top of baddies with your trusty cane or use it like a golf club to send projectiles flying at your enemies.  The controls are simple but amusing nonetheless.  From the start you can choose the levels you want to play kind of like Megaman when you chose what maverick you were going to hunt.  If you found the original game a bit easy, you can set the new one to hard and get thoroughly frustrated with how much harder it is.  For example, you get less food to restore damage and you find fewer 1ups. 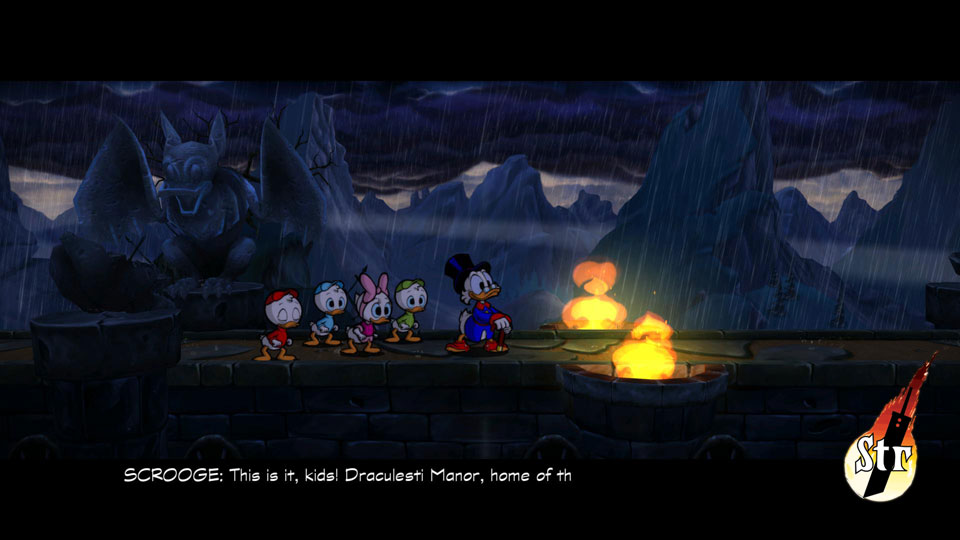 The new graphics and animations for the characters and levels are pleasing to the eye.  It’s like the characters jumped right out of the cartoon show.  With vibrant and reimagined textures, but keeping true to the original, it is simply what a remake should be.  Why change a formula that works?  With just a new coat of paint you can make an old classic look like new while keeping the spirit of the original. 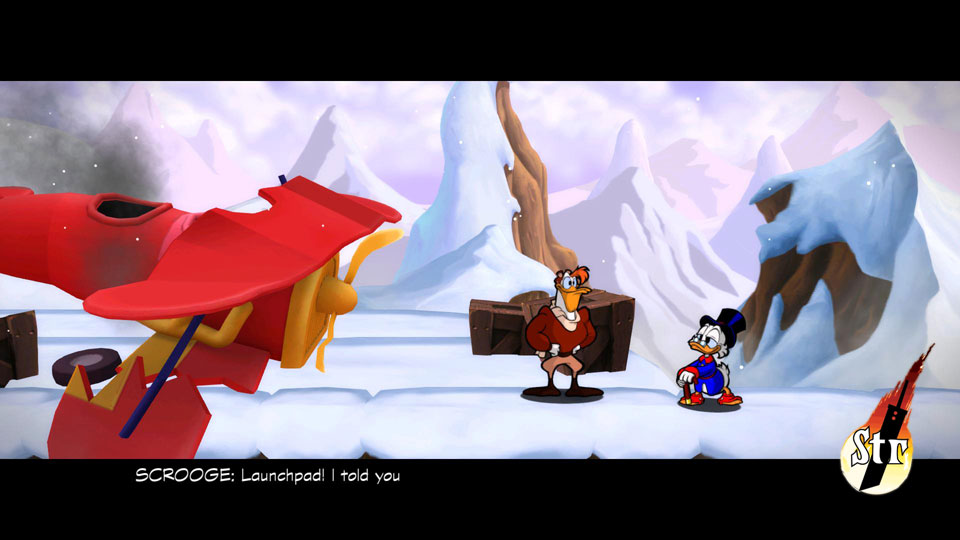 The intro song seems like the 8bit midi from the original game.  I would have liked the actual cartoon theme song instead, but it was still cool.  The character voices are true to the cartoon since the actor who voiced Scrooge McDuck came back to take on the role once again.  Also the niece and nephews sound exactly the same as the cartoon, as do the Beagle Boys.  All the levels seem to have a tweaked version of the original music adding more to the nostalgia of the game. 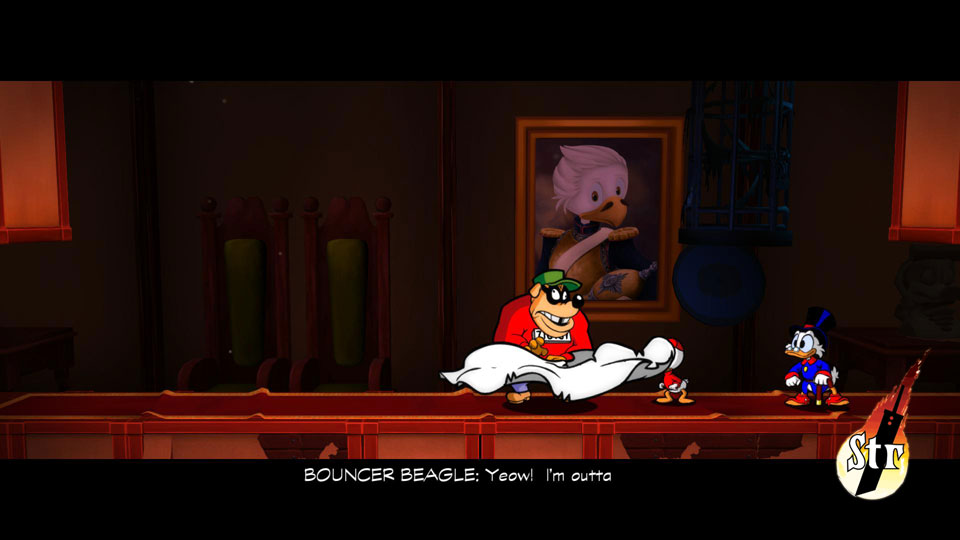 So if you remember the original or have never played it, this game will have you wanting to go back and try the original; when times were simpler, ducks talked and were greedier than Wall Street.  I recommend you try it out for pure nostalgia or as just a really fun game. 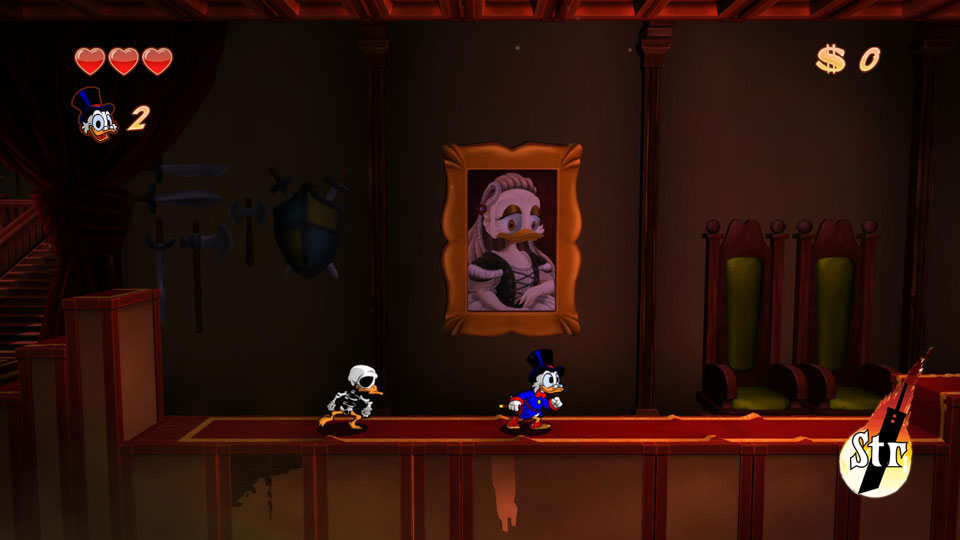