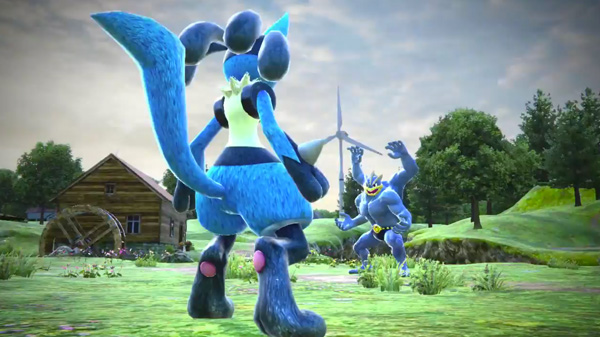 Pokemon + Tekken = Pokken Tournament. Thats right folks, the Pokémon company in Japan and Tekken’s Bandai Namco have teamed up to develop a Pokémon fighting game. But wait! Before you Poké-fanatics start celebrating, there is a catch. First of all, its not the traditional strategic fighting we all know and love from the Pokémon games. Information is sparse, but from what we can see from the teaser trailer, it seams to be an arcade fighter such as Street fighter and Tekken. Secondly, this little gem isn’t planned to be released here in the U.S (yet). Before it even hits Nintendo’s latest console, its heading only to Japanese arcades.

This is exciting news that The Pokémon Company is taking a bit more risks with the franchise. However, I find it a bit sad that even now that Nintendo’s current console is reaching the power level of the PS3, we have yet to see a single player Pokemon RPG. Pokémon is perfect MMO material, and can potentially be huge around the world. Instead, we get Pokken Tournament. Le sigh…

Take a look and judge for yourself.

What do you think about this spinoff? Let us know in the comments below!