Home › Exclusives › FNAF 4 Most Terrifying of its Series!

FNAF 4 Most Terrifying of its Series!

Well folks, it seems Scott Cawthon loves to have fun with his fans. This was certainly a shock, since my last article on Five Nights at Freddy’s, Scott Cawthon wanted to squeeze one last game out of the franchise, and this one seems to be unlike any of its predecessors. FNAF 4 or “The Final Chapter” has been announced, and it’s about time I wrote an article about it. I think we should start with all of the teasers.

The first teaser was actually interpreted as the ending of the FNAF trilogy, but was the beginning of a whole new entry in the franchise. The first teaser was a picture of Freddy Fazbear’s hat, laying in the middle of a room, illuminated by a spotlight. The subsequent teaser was pretty much the same, except the hat was now missing. This caused fans of Five Nights at Freddy’s to go into a frenzy, pondering what the meaning behind it was, little did they know they would soon find out. 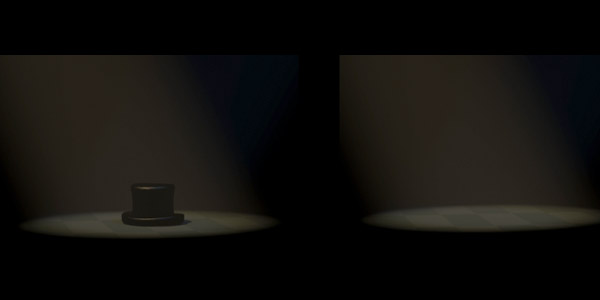 The next set of teasers brought back all of our favorite friends from the original game. Yes indeed it can’t be a Five Nights game without the four originals. First came Freddy, hailing the news that there would be a fourth installment. He had a new reddish tint to him, animatronic parts were exposed, and most noticeably, he had smaller versions of himself crawling out of his body. The three following teasers would proceed to show the other three main animatronics, Bonnie is back after going missing from the last installment, Chica brought her cupcake with her along with rows of razor sharp teeth, and fan-favorite foxy came without a nose and has an utterly creepy-looking flickering tongue. All showed the date October 31st, 2015 and each one when brightened would say “nightmare”. With the exception of Freddy’s teaser, all of the teasers asked questions like “Was it me?” and “Or me?”. These are probably in reference to “The Bite of ’87” which was one of the major inciting incidents for the series. 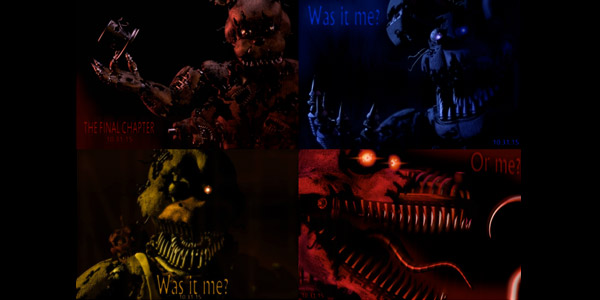 The next two teasers would be very odd, due to their mysterious nature, but Scott would explain it in good time. The first showed a pink hat and bow tie bathed in light from a spotlight, very similar to the first two teasers. However, there was something more menacing in the background, a set of monstrous teeth glaring from a reflection in floor, and the next teaser would show the owner of the hat, bow tie, and the teeth. That teaser show a mystery animatronic who has a mouth in its stomach, and is wearing the pink bow tie. When brightened, the words in the background can be interpreted as “Or was it me?”. I’m sure we’ll see who this mystery “man” is in due time. 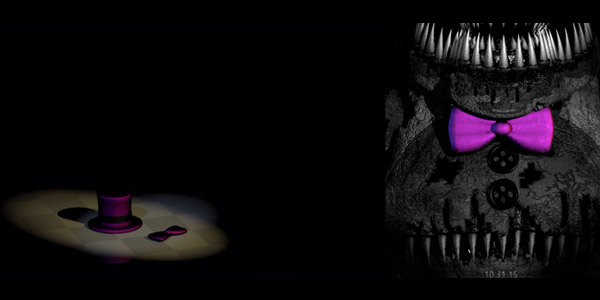 And the latest teaser to come out, but certainly not the least is a teaser everybody’s favorite murderous bunny (and my personal favorite animatronic), Springtrap. What’s different about THIS particular form of Springtrap is small and like a plush doll that you would win at the fair. Turns out that using a Caesar Cypher on bits of the code will reveal the word “Plushtrap”, which I would assume is the small creature’s name. It shows an interesting location, but more on that in the trailer segment… 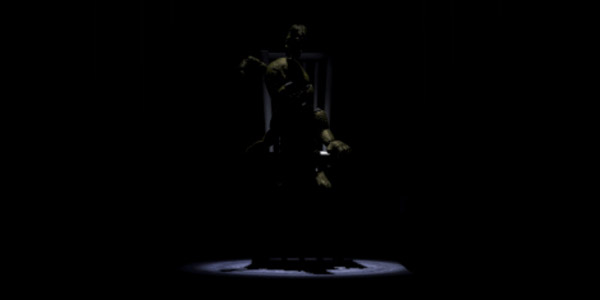 The catalyst for me writing this article is that Monday, July 13th 2015 was the day that the trailer was dropped on to the internet, and suffice it to say that it was able to respark interest in the FNAF franchise, and I can’t really describe it myself so I’ll just let you watch it yourself.

Anyways, this trailer shows a lot about this new game, and how it seems to be going back to its roots while also throwing in a few very new concepts that the previous games have never seen before. Let’s start with what the story here appears to be, it looks to me that you’re playing as a child, why you ask? Well, in the last shot in which the player opens the door, the player character appears to be shorter or as tall as the door knob, and the same goes for when the player is staring at the three mini-freddys on the bed. Another main piece of evidence that points to the player character being a child is the fact that the main office area looks like a child’s bedroom, as evidenced by the fan and the toy phone on the floor 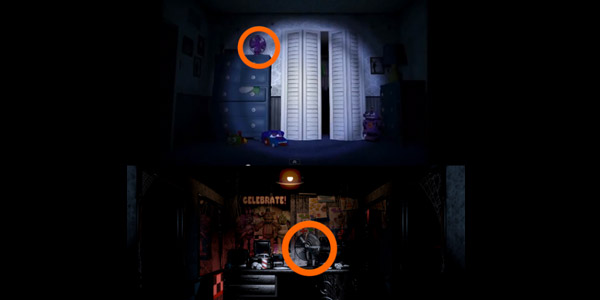 One big obvious element shown in the trailer is the fact that this game doesn’t take place inside of a pizzeria or a horror attraction, but a house. In my opinion, this is a very smart choice because it absolutely crushes the player’s sense of safety when in a home. I’ll be very honest with you readers, the night I watched this trailer I was afraid to go outside of my bedroom after the lights where out. Now, that we’ve established how scary a darkened house can be, one question that the fans have to ask is, “Hey, who’s our character if he IS a child and not the usual security guard?”. Now, allow me to theorize here as I pitch to you the identity of the player. There is a recurring figure that I never noticed until the third game, and glossed over in all of the articles. That would be the “Green Shirt, Blue Pants” guy. He’s been appearing in posters on the wall and in the minigames throughout the second two installments. What makes me guess him you say? take a closer look at the drawer in the bedroom… 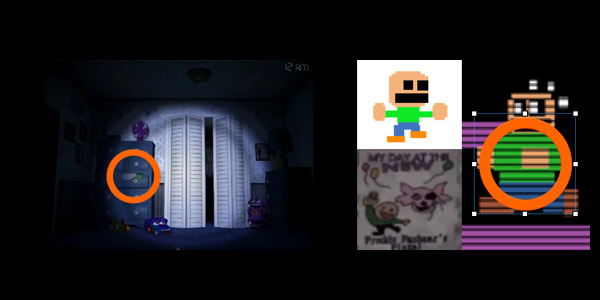 What I found interesting about this trailer is the fact that Bonnie and Chica came from the same sides that they attack on in the first game, and foxy appears to hide in your closet similar to how he hides in pirate cove in the first game. Much like the second game, you have to flash a light in his face and check on him from time to time to keep him in the closet (no, that’s not a gay joke). But the one thing that makes this game seem super scary is how your character doesn’t appear to use any form of camera system, so you’re left blind to your surroundings around you, giving an even bigger sense of isolation.

Pretty much all of the teaser images have said that the full game will be released on Halloween of this year (2015), and would take about six months to make, but Scott Cawthon recently sent out an email to a few youtubers saying that the game will be released of August 8th, which is the one year anniversary of the first game, which will mean that this whole phenomenon that took the internet by storm will have been happening for one year. The Halloween release date will not be for nothing though, as he has also said in the emails that there will be some free DLC to be released on Halloween night. So, get revved up for FNAF 4 coming in August. Be sure to also check back, as I will be sure to write an article on the full game either when it comes out, or when Halloween rolls around as a Halloween special. 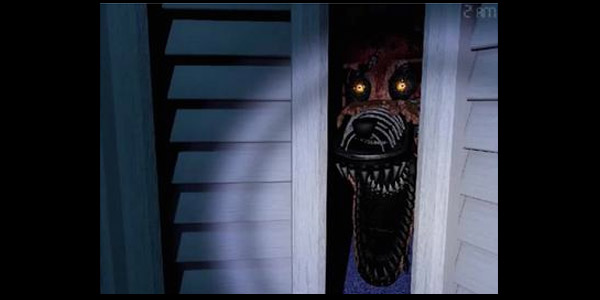 Hey there buddy, you need a coat?