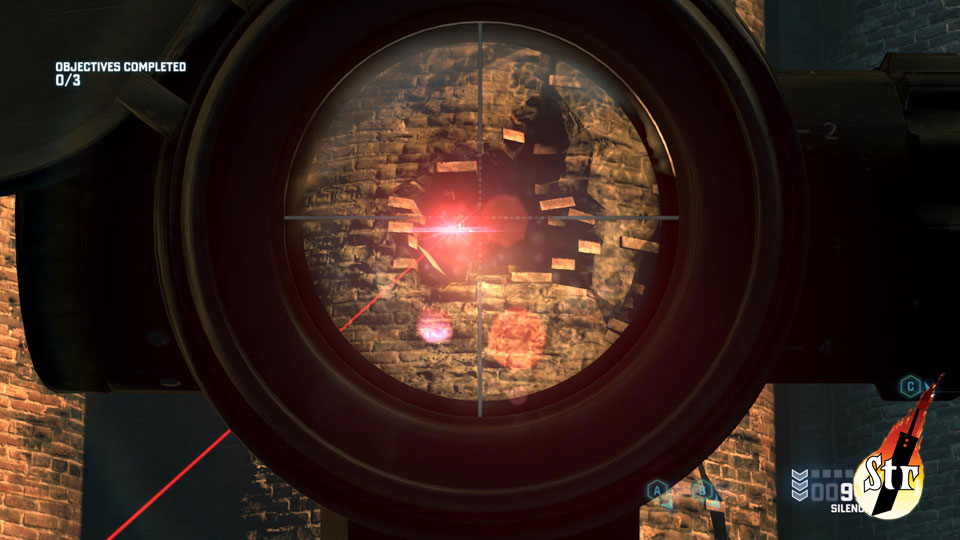 In the latest release of Splinter Cell, you once again don the roll of Sam Fisher, super spy extraordinaire. You take on the nefarious masterminds known as “The Engineers”, who are hell bent on making The Murica’ withdraw from the world.  This time around the game play ends up being more of a 24 style game, where you race against the clock to stop bad guys from destroying major targets in the US. Old friends and enemies from previous games make appearances and become part of the team once again. Highly customizable gear and weapons make for a completionist’s wet dream.  Paladin, a C-159 airplane converted to a command center with an infirmary, holding cell and computer center, is where you launch all of your missions. So let’s queue up this review mission and get started. 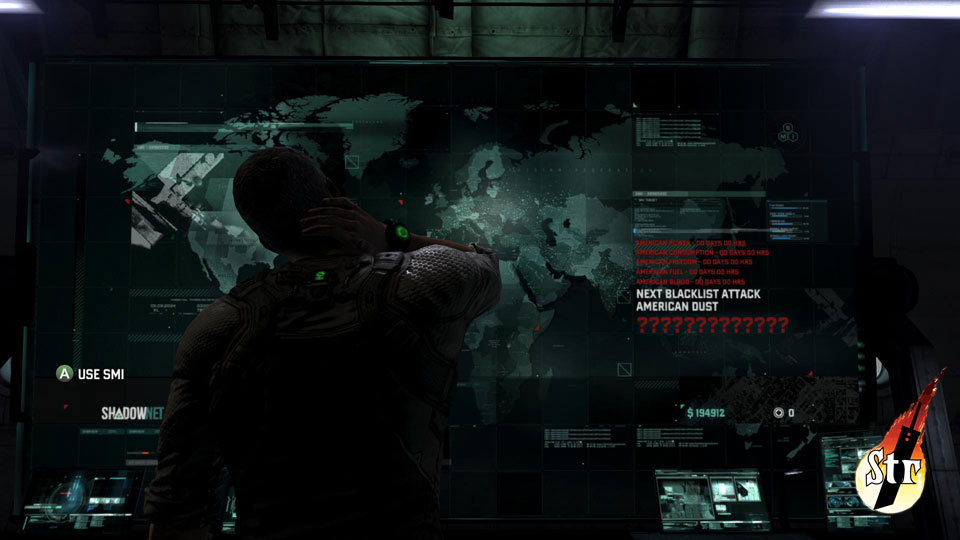 Stealth is the name of the game in Splinter Cell Blacklist. So, if you are a completionist like me, you will be spending most of the time in the shadows racking up points, which later are converted to currency at the end of every mission. Gear is very customizable. So, if you don’t want to be stealthy you can go the assault route by modifying your gear to withstand more bullet and explosive damage, you can become a juggernaut and eradicate all enemies on each map. The weapons in the game are very diverse. Boy, are there a lot of weapons! However, I just ended up using the SC-IS Pistol(upgraded at Charlie’s workshop lvl2) SC4000 AR(Charlie workshop lvl 2 upgrade)and the crossbow with fully upgraded ammo, all of which I silenced for stealth. The rest of the weapons seemed to be more of a collectors game, as once you unlock the weapons listed above, it becomes super easy-mode even on the perfectionist difficulty. You can break the game early on once you get the chance to do the “Grimm Side” missions. In these missions you can earn enough money to unlock the best stealth armor in the game making the rest of the missions trivial. With such a large variety of weapons, armor and upgrades, you will find yourself doing missions over and over again, trying to get better ranks and loot. 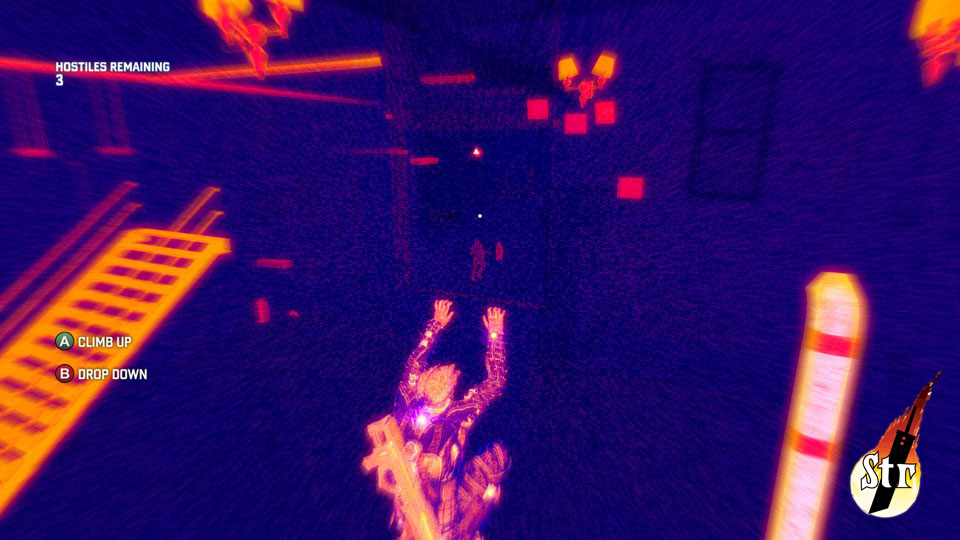 The graphics in Splinter Cell Blacklist are some of the best I’ve seen, I was running it with maxed graphics on my PC. The ambient lighting and shadows were very well rendered making it more realistic when you are trying to blend in with the shadows. The character models look amazing with great facial movements and expressions. The levels and mood lighting add a great deal of ambiance to the gameplay. The weapons and suits look cool and well-made, there wasn’t any noticeable graphical errors at the seams. With such attention to detail it doesn’t end up like many other games that look like crap when you zoom in and take a close look at the models. I say, great graphics and lighting, overall enjoyable. 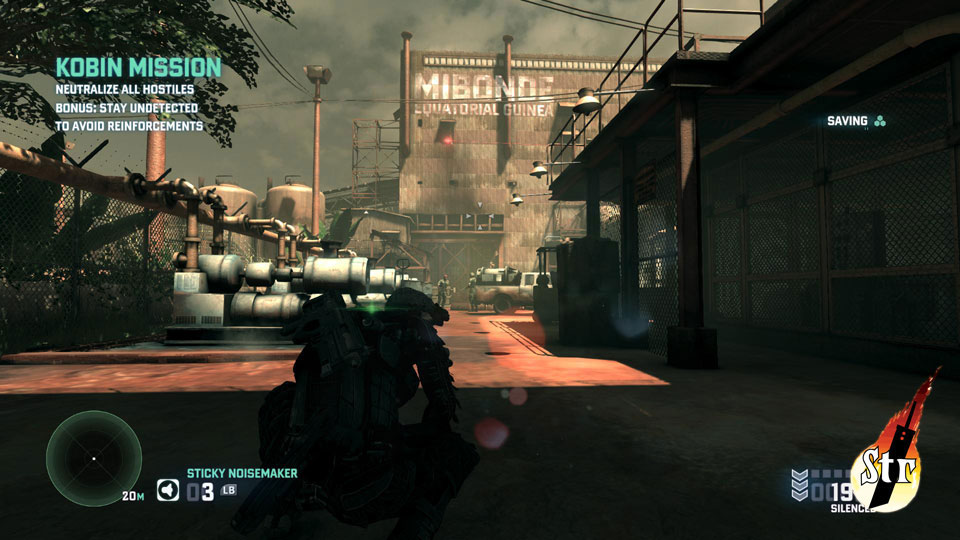 The music and sound effects are great mix of suspenseful and moody. The ambient sound, character voices and conversations are an audiophile’s dream; you can listen and take cues from conversations to spring into action. The music switches from moody to intense when you get spotted or there is a timed event bringing up your adrenaline. 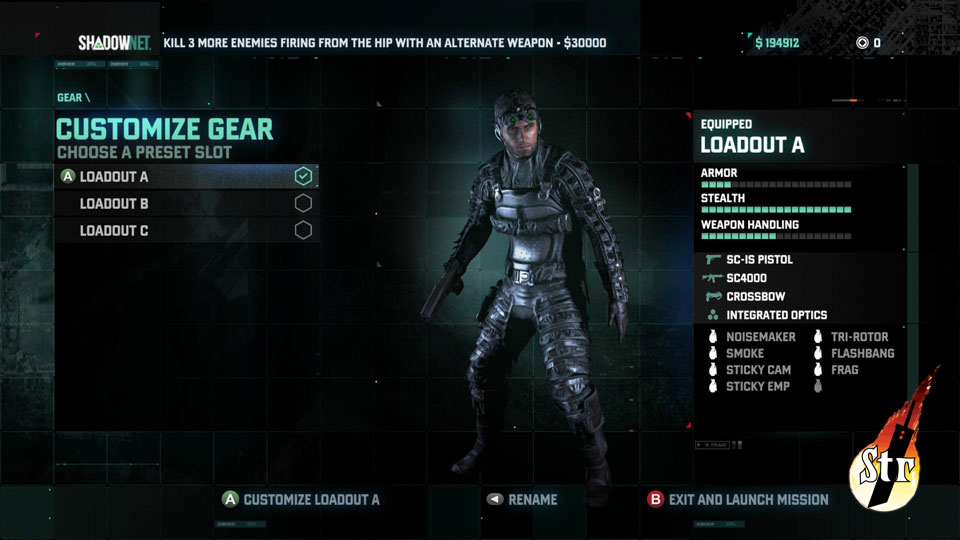 This was my first time playing any Splinter Cell game and I was not disappointed. This game has a little something for everyone, be it stealth, action, or tons of gear, weapons and armor. You won’t be disappointed jumping into this game. Also, from research online I see that it seems like the formula has harkened back to what it originally was with the previous games. I highly recommend you give it a shot if you’re into the Tom Clancy games.