With new generation consoles coming around the corner I can’t help but wonder about achievements and trophies. Trophies and achievements are new to the current generation, but have always been around in one form or another. Things like hidden items or zones you didn’t have to collect or visit, in order to beat the game. What’s really got me thinking is how poorly designed, and in some cases, flat out unnecessary it is to get some of these trophies. In particular I feel like a rant about PSNs platinum trophies. 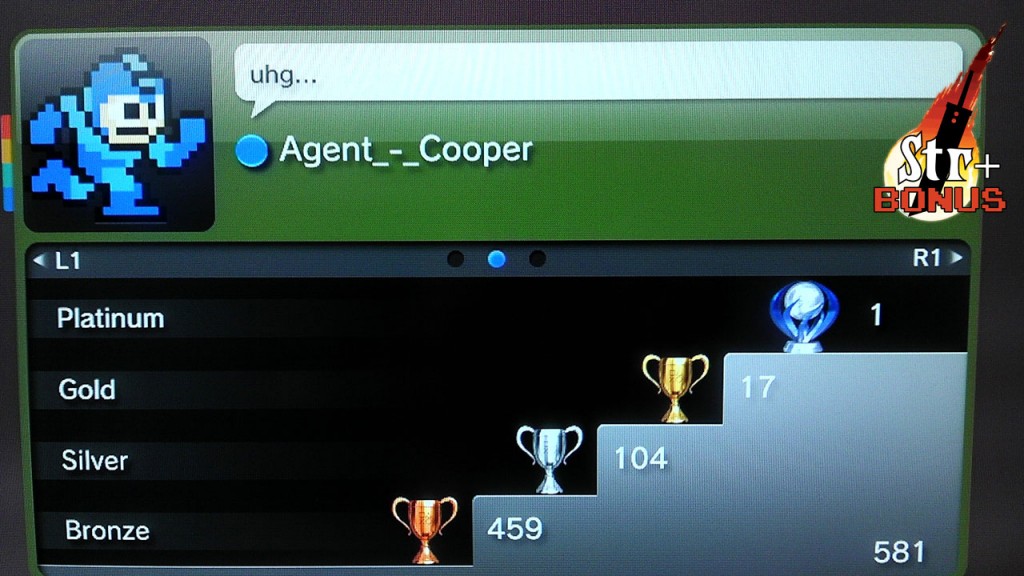 Since I’ve had my PS3, I’ve only managed to get one platinum trophy. I got the trophy earned when you’ve completed getting all the trophies, out of my entire library of games. Also, it was for my first PS3 game, God of War 3. It was challenging and pretty rewarding to get to get a platinum trophy. However, I quickly learned that not every game was created equal when it came to achievements and the like.

Little Big Planet is a pretty fun game on your own, but it’s even more fun when you play with other people. I’m sure that was taken into consideration, but not very well thought-out when they designed trophies for the game. When I popped that sucker in and took a gander at the trophies available to collect, I was at a loss. The amount of co-op and online trophies you have to get to earn the platinum is within reason, except you’d have to assume people are still playing this game online. By the time I bought it, Little Big Planet 2 was coming out. So, no one was playing the first Little Big Planet. If I was going to collect all the platinum’s of all the games I owned I would be out of luck. Everyone who bought the game during its launch would have an unfair advantage over others ability to seriously collect platinum trophies, not that I do or really want to.

I wish I could say that Little Big Planet was the only game with this platinum trophy flaw. Almost every game I own has some online trophies that I need in order to get the platinum trophy. It’s bullshit! I mean when you think about it not everyone’s gonna stick around playing forever. Eventually a very small amount of people will be playing a game like Bioshock 2 at the same time you’re playing and help you get the online trophies. I don’t mean to sound like Jerry Seinfeld but, what’s the deal? Who thought this would be a good idea? Why include online trophies to get the platinum trophy? It would make more sense if they were treated separately and you could get both an online/offline platinum. Honestly this whole platinum trophy thing should be reconsidered.

Maybe I’m getting riled up here. Let’s face it, trophies/achievements aren’t everything. Especially when some are just given to you for turning the game on. This really sucks the fun out of getting them and that’s the keyword I should be focusing on more here, fun. Most trophies are fun to earn and are worth that feeling of accomplishment. They shouldn’t be obsessed over and shouldn’t be the only reason why you play the game in the first place. Even If I never collect all the platinum trophies for the games in my library I’m still gonna have fun playing them.