Home › Reviews › StarLicker: War and Bunnies are the future

StarLicker: War and Bunnies are the future

Set in a galaxy far far away, or perhaps our very own in the unforeseen future, two neighboring planets inhabited by technologically advanced bunnies have declared war….on each other! That’s right folks, New York indie game developer Heartonomy has taken “war” and “bunnies” and thrown them together to create a game that can only be described as fresh, frantic and unbelievably addicting! 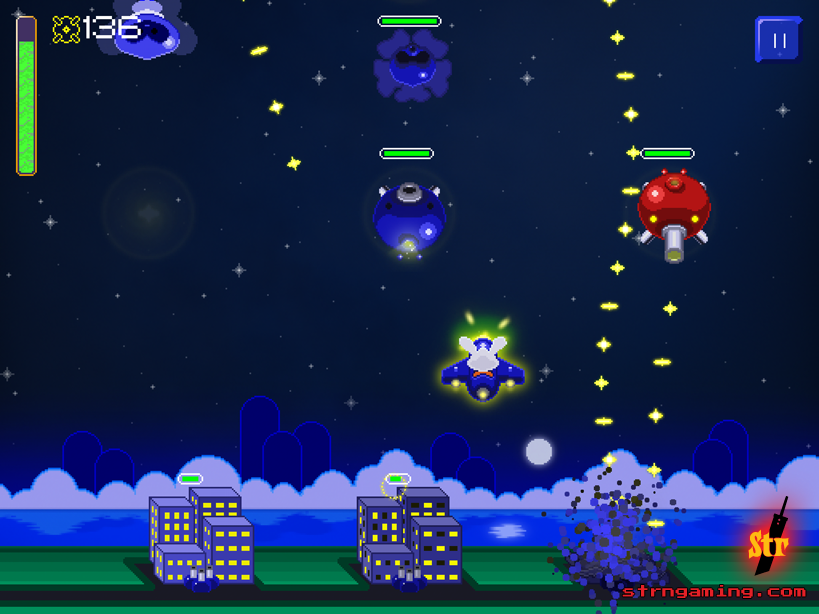 StarLicker is an asynchronous competitive multiplayer strategy game where the premise is to destroy all 3 of your opponent’s cities before they destroy yours. This is accomplished with cannon bullets. A butt-load of cannon bullets to be exact…but don’t get excited just yet, it’s more complex than it sounds. Bullets and bullet patterns are the biggest key aspect of the strategy in StarLicker. Bullets play the role of both a collectable energy resource and damaging projectiles. 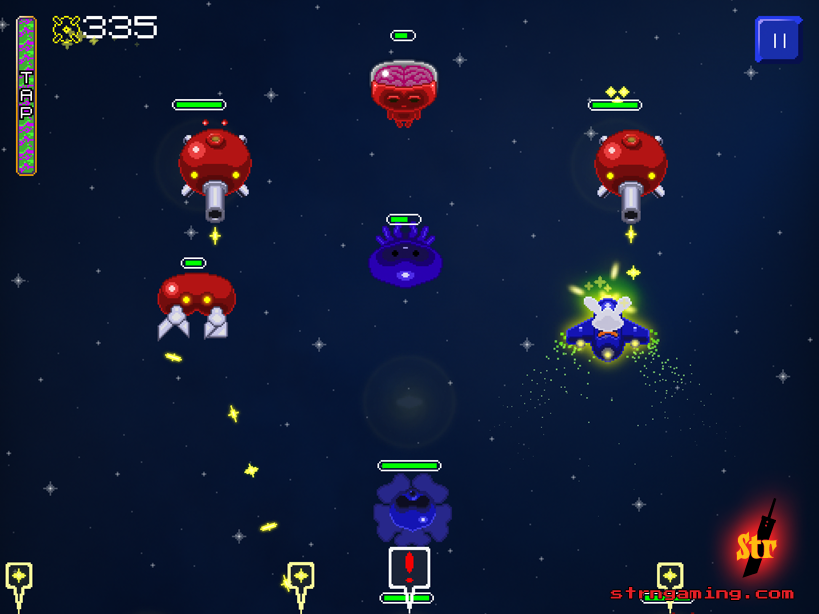 Each player turn consists of two phases: a defense phase and an offense phase. During the defense phase, your opponent’s cannons are aimed and firing at your units and cities. You must frantically and efficiently navigate StarLicker pilot “Lenny” around the battlefield harvesting as many bullets as possible before they hit and damage any of your buildings. The more energy (bullets) you collect, the more units and upgrades you can buy during the offense phase. Any bullets you fail to harvest can ultimately destroy your units and cities. Once your cities go kablooey, you’re done…so harvesting those bullets is uber crucial. 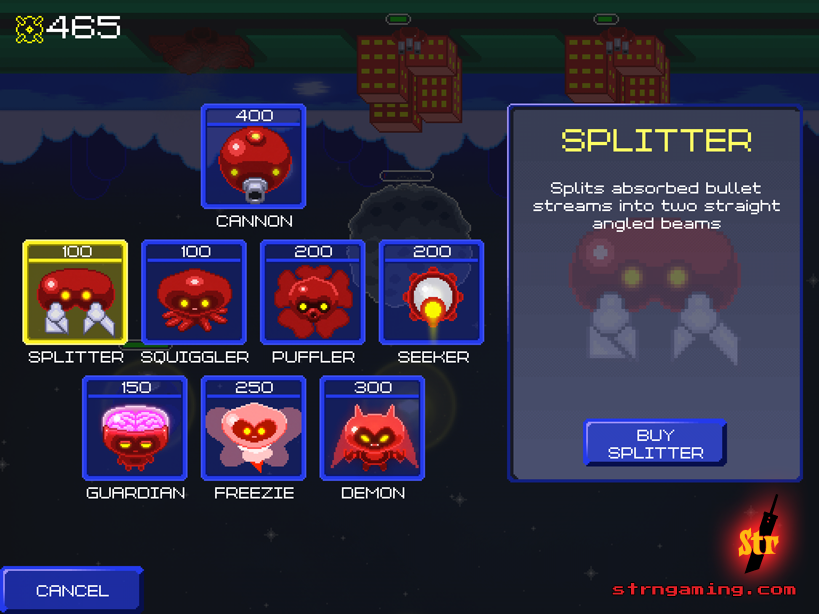 StarLicker offers a multitude of units to help you not only defend your buildings, but deliver a massive pwnage. The offense phase changes the gameplay completely, as it only consists of strategically placing units on the battlefield for your next attack. Units purchased can be placed anywhere on the battlefield with the exception of Cannons. Purchasing cannons is essential as they are your main units of offense and are the only units that actively fire bullets. The problem is, cannons alone fire a simple bullet stream which are easy to harvest due to their predictable and uniform bullet trajectory. The rest of the units at your disposal offer unique enhancements to a cannons bullet stream that pass through them, thus making it harder for your opponent to harvest bullets. For example, the Puffler will absorb bullets that hit it. Once it’s full, it will release a cluster of bullets at a faster trajectory speed that will potentially confuse and overwhelm your opponent. The strategy doesn’t stop there, you can combine any number of units to make your bullet streams even more intricately complex and harder to harvest. 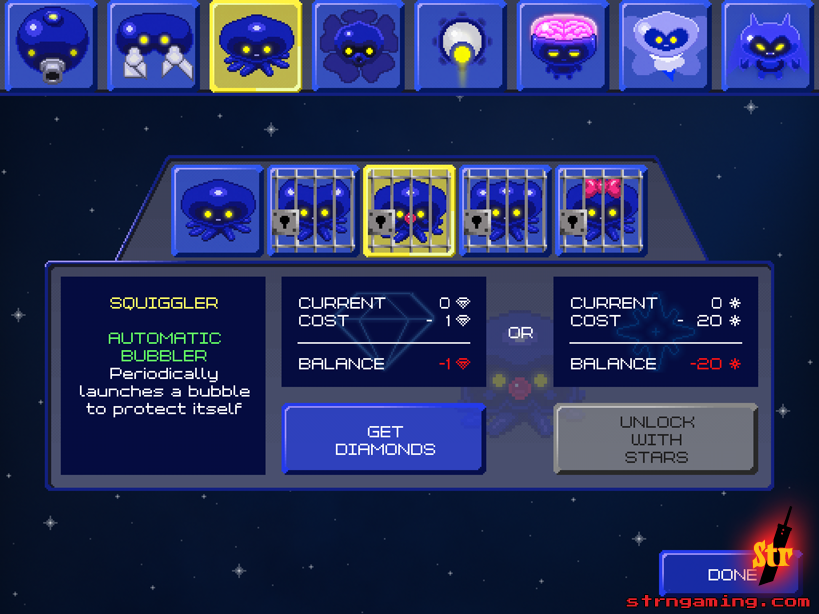 Heartonomy has also added features that that can help you get an edge over your opponent. In true Tower Defense form, each unit offers multiple permanent upgrades that can be purchased using stars you earn with each game you play. Such upgrades allow your units to be stronger, more efficient and deadlier. Even Lenny himself can be upgraded to perform more efficiently, such as adding the ability to shoot bullet-stopping bubbles. For those players who suck at games and have extra cash lying around, in-app purchasing is available if you want to purchase diamonds instead of earning them. Keep in mind that in-app purchases are totally optional and aren’t necessary in order to acquire all the upgrades. 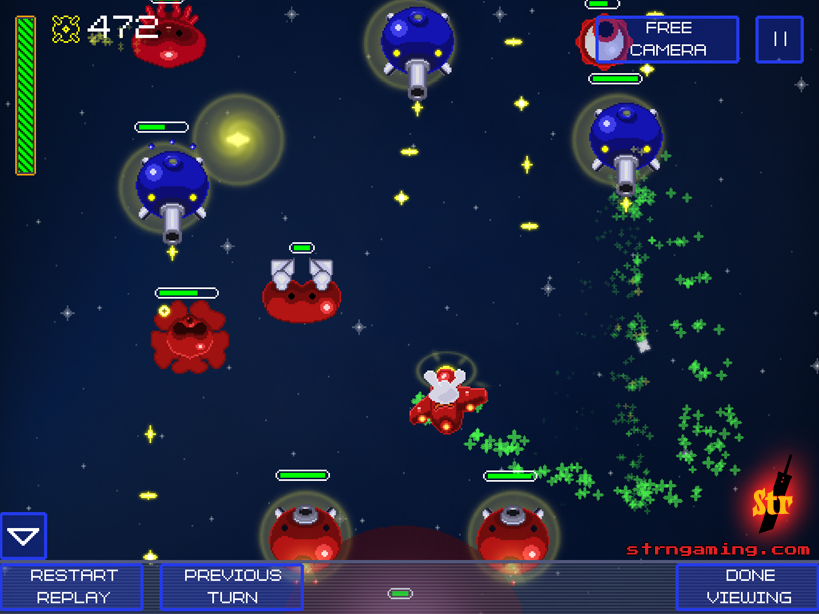 It’s obvious that StarLicker draws influence from a variety of modern games such as Plants Vs. Zombies, StarCraft, and Tower Defense, but also from the retro era ol’ school gamers know and love. Visually, StarLicker looks awesome. The pixel-based graphics are a refreshing throwback to the good ol’ 16-bit era. The sprites are clean, colorful and playful, like something out of an SNES Twinbee game. Even more impressive is the audio. The tracks are mind numbingly catchy and go hand in hand with the visual style. Close your eyes and you’ll swear you’re in the early 90’s.

At launch, StarLicker lacks an in-game “trash talking” chat function, which is a common feature in competitive multiplayer games today. However, this gripe is extremely minor and doesn’t affect the overall game experience at all. Eventually, Heartonomy does plan to implement this feature along with other exciting additions such as league games in future updates, so fret not fellow gamers. StarLicker is FREE in the app store and is a good reason to finally retire Candy Crush and pick up a new addiction.