Home › News › Call of Duty: Advanced Warfare won’t be on Wii U

Call of Duty: Advanced Warfare won’t be on Wii U 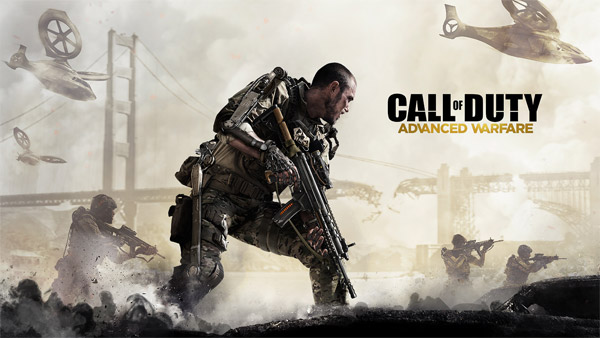 Sledgehammer Games confirmed that they will not be releasing Call of Duty Advanced Warfare on Wii U this year. Did anyone ever play CoD on a Wii console? No why would they …

Call of Duty: Advanced Warfare was announced in May for PlayStation 4, Xbox One and Windows PC, and later PlayStation 3 and Xbox 360. These are the only consoles anyone would want to play CoD on, that is if you want to play CoD. This latest iteration has hardcore FPS’ers like Salvador Madrigal of STR CAST, less than impressed in Episode 22 Sal stated, “Call of Duty sucks dude, this next iteration sucks, play Titan Fall, play fucking Battlefield don’t play fucking COD!”  Well said sir, well said.

Sledgehammer co-founder Michael Condrey tweeted “…no, no WiiU. That was an Activision decision. We are focused on XboxOne, PS4, and PC.” 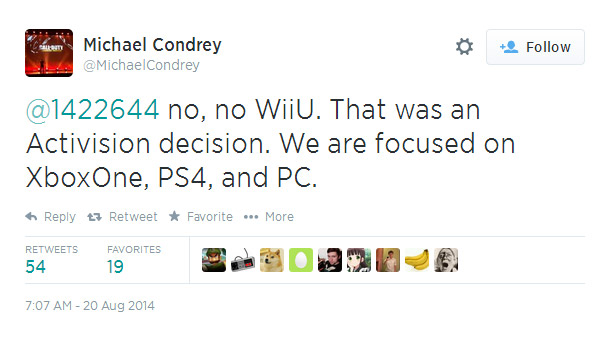 No one cares that this game will not be on Wii U. Only hardcore CoD’ers with fanboy blinders on will even play this game, and they wouldn’t play it on Wii U.