They say nothing in life is really free.  To be honest, you can find free stuff if you really look.  I’m guessing if you’re reading this article, like me, your pockets are moth eaten or light in the cash department.  But, that shouldn’t mean you can’t have fun and play some of the best mmorpgs out in the market.  This guide is going to be for those out there who are low on cash and can’t afford to pay a monthly subscription for online games or don’t have the time to really put in the time to make the subscription worth it.  Now with no further delay, let’s talk games.  I will be covering some of the popular games, but by no means are these all of the great free to play games out in the market.  This is just a short list to get you started and this is also going to cover some of the cross platform mmo games that are going to be coming to the xbox one and ps4 later this year and early next year. 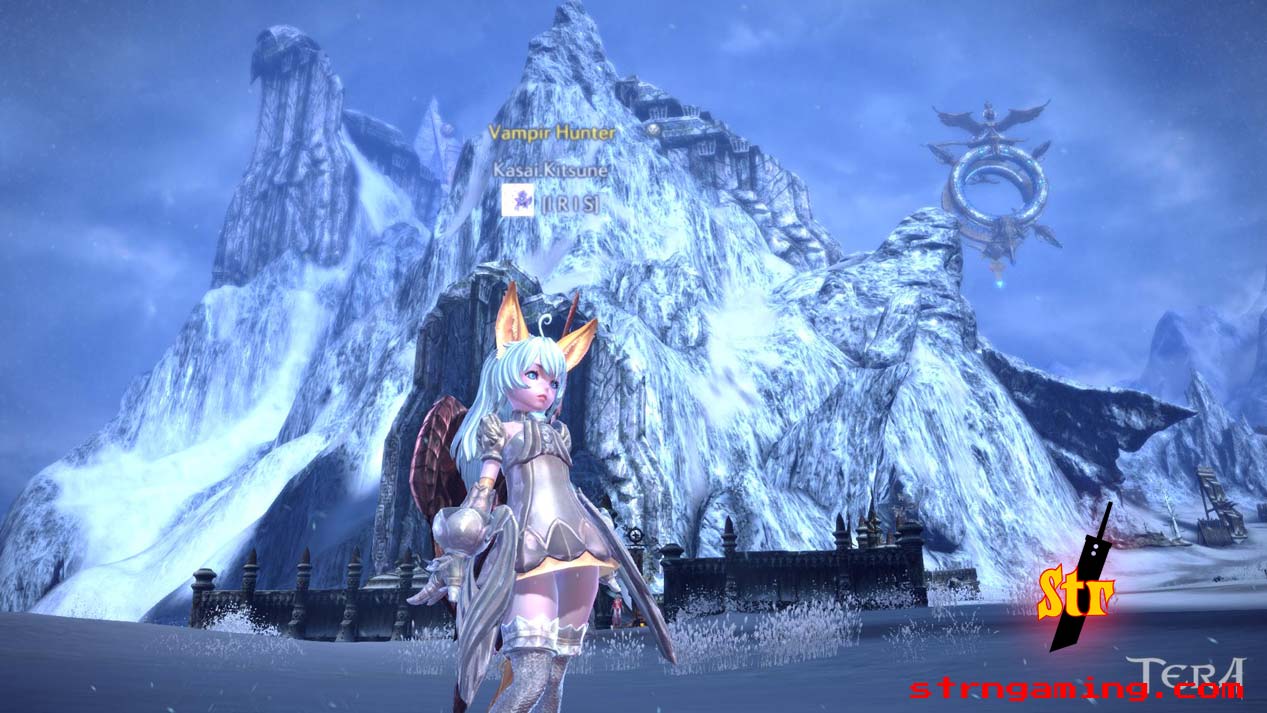 Tera online is a free 2 play (f2p) mmorpg.  The story is there is a mysterious island that appears in the ocean and adventurers start going there in search of adventure and treasure, but the first expedition to the island is lost.  As more treasure hunters show up, that’s where you begin one of the adventures. Tera has several races to choose from; you can choose from Humans, Elves, Elin, Aman, Baraka, Castanic, and Popori.  Here is a link to the races and feel free to take a look.  You also have to choose a class before you get started.  The classes are archer, bezerker, lancer, mystic, priest, slayer, sorcerer, and warrior.  Each class is ranked by how difficult it is to play the class, and here is a link so you can check it out.  Tera online’s play style is action rpg which means where you aim is where the damage is going to go.  So if you want to hit something, you have to put the aim reticle on your target like most first person shooters (i.e. call of duty type games).  Of course with all f2p games, you have the option of an item mall where you can purchase mounts or skins for weapons or in-game buffs for real money; the item mall is mainly there for cosmetic gear and doesn’t make the game pay to win where you can purchase godly items.  Now lets get to the graphics.  This game is gorgeous; I mean very pretty.  The character models are amazing, especially the female characters… can you say boobie physics?  But I digress.  In the end, this game is one of the best when it comes to gameplay and graphics.  Feel free to swing by and check this game out here. 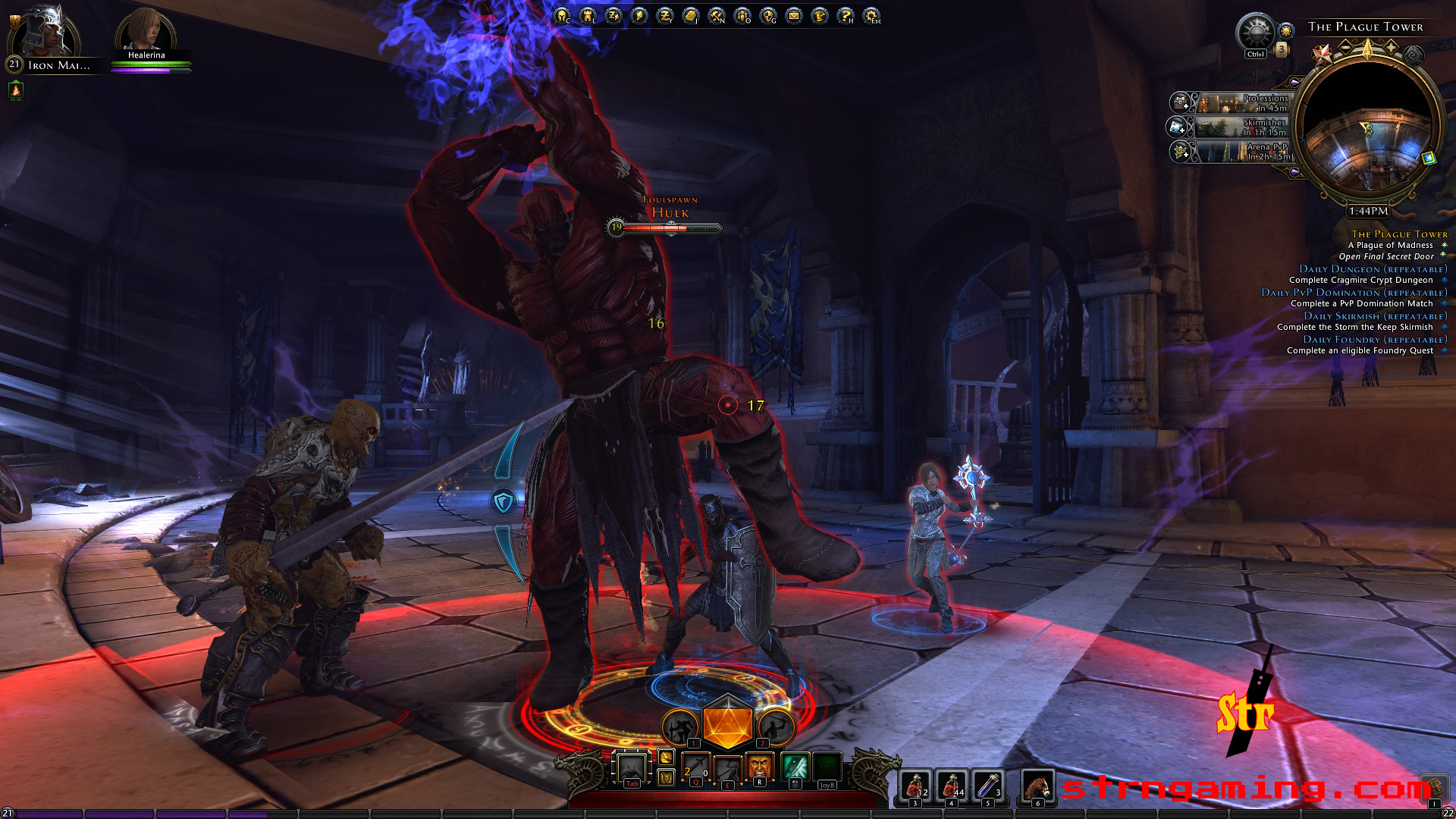 I attack the darkness…. If you know what this phrase means then you are no stranger to the D&D games, be it the classic dice game or the many iterations of video games currently out on the market. Neverwinter is one of those D&D games new to the market.  If you have played Neverwinter Nights, the story will be very familiar being that it takes place in the same world.  I’ve already written a review of the game here.  The game plays the same as Tera online with the action rpg game type, but none the less, stands on its own with unique game play—I’m still trying to find a beholder to kill.  This game is always adding new content to keep it fresh so feel free to check it out here.  If you’re an avid D&D fan, you won’t be disappointed. 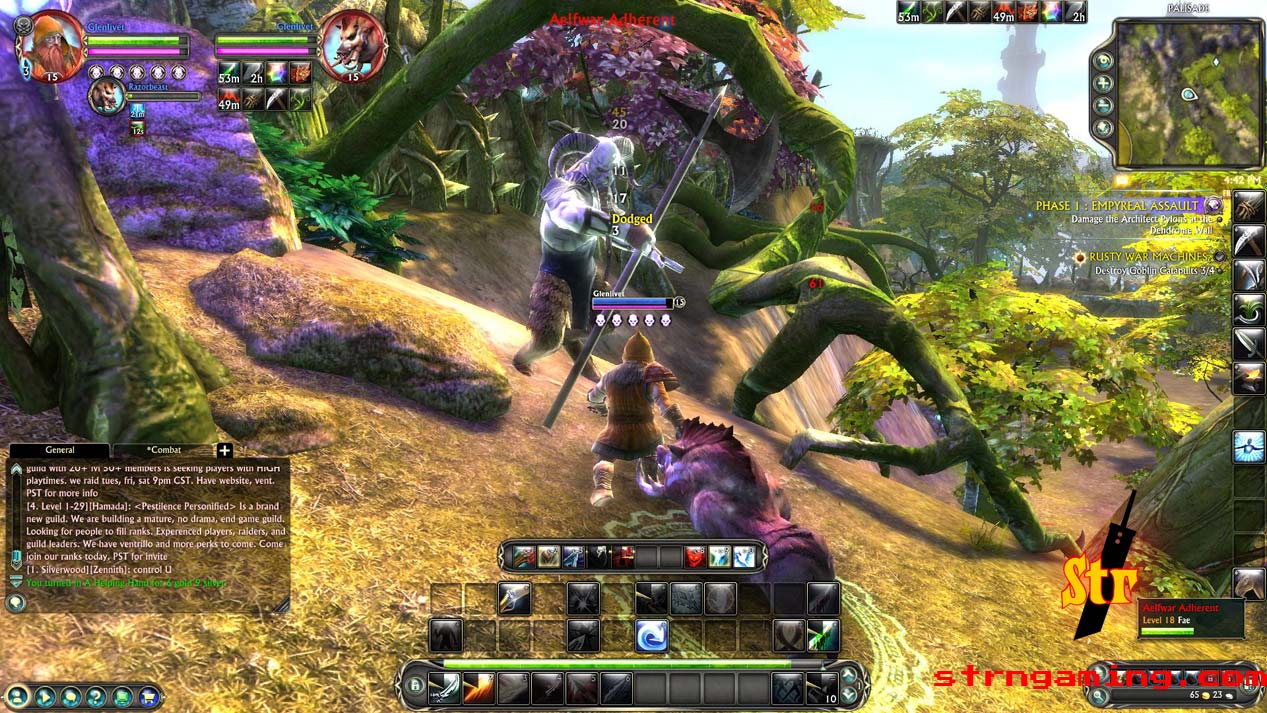 Rift online is an mmorpg that separates itself from the rest by having live events constantly going on for its players.  As you’re trying to level up and finish your quest, all of a sudden, you’ll get a message saying the zone you’re in is under attack by the denizens of destruction and just like that these tears in time and space start appearing letting dozens of monsters start come through and they begin attacking the towns where you have to turn in your quests.  So, it forces you to try and beat back the land from the meanies trying to take over the land.  The classes are pretty standard for any rpg; you can choose from warrior, cleric, mage, and rogue, but then there are branching specializations within those classes.  Check out each of the links to see the vast diversity of branching classes and keep in mind you can have multiple builds on the same character and can be changed on the fly.  The races are a great mix of new and old fantasy staples, the Kelari are one of my faves.  The graphics on this mmo are some of the best as well when running them on the highest settings it looks like some of the next gen graphics everyone currently loves.  You may check out the game here.

Now for the following section, the games that are going to be featured are going to be cross platform from pc to xbox one to playstation 4.  Not all of them are going be on each platform, but it’s nice to know you have options if you’re not a pc gamer. 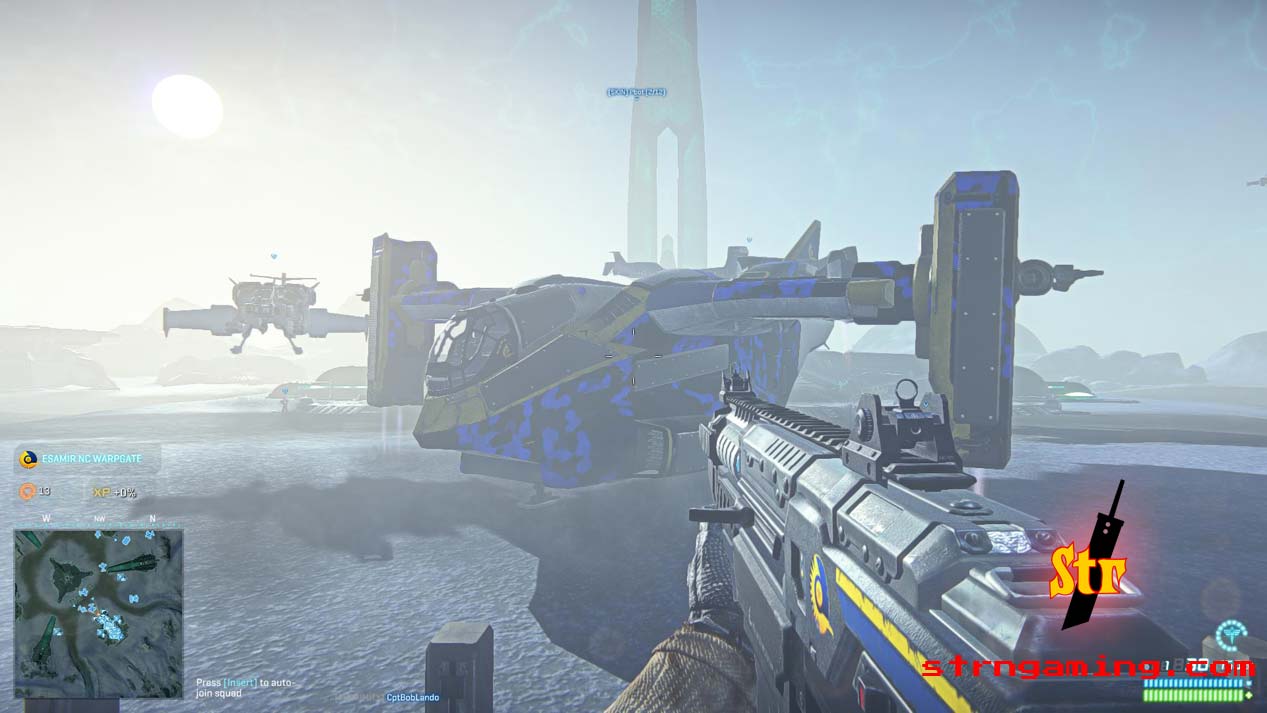 Fps mmorpg? Yup, that’s right.  Mmorpg first person shooters, while not the biggest swath of mmorpg games, have been gaining popularity recently.  Planetside2, being one of the best ones out there, will be a ps4 game.  If you’ve played cod or battlefield, this is going to be like a duck taking to water.  The games go along the same lines as regular first person shooters.  There is a level up system, although in this one you get better gear as you level instead of just prestige.  The large maps and scale of war are what make this game great to get together with friends and form up a squad, and being free lends you and your friends the opportunity to play without forking over 60 dollars plus a season pass just to get the extra maps for nothing.  There isn’t much more to say about this game; it’s an fps, you get vehicles, guns and armors, but the fun is in the fighting.  Get your copy here. 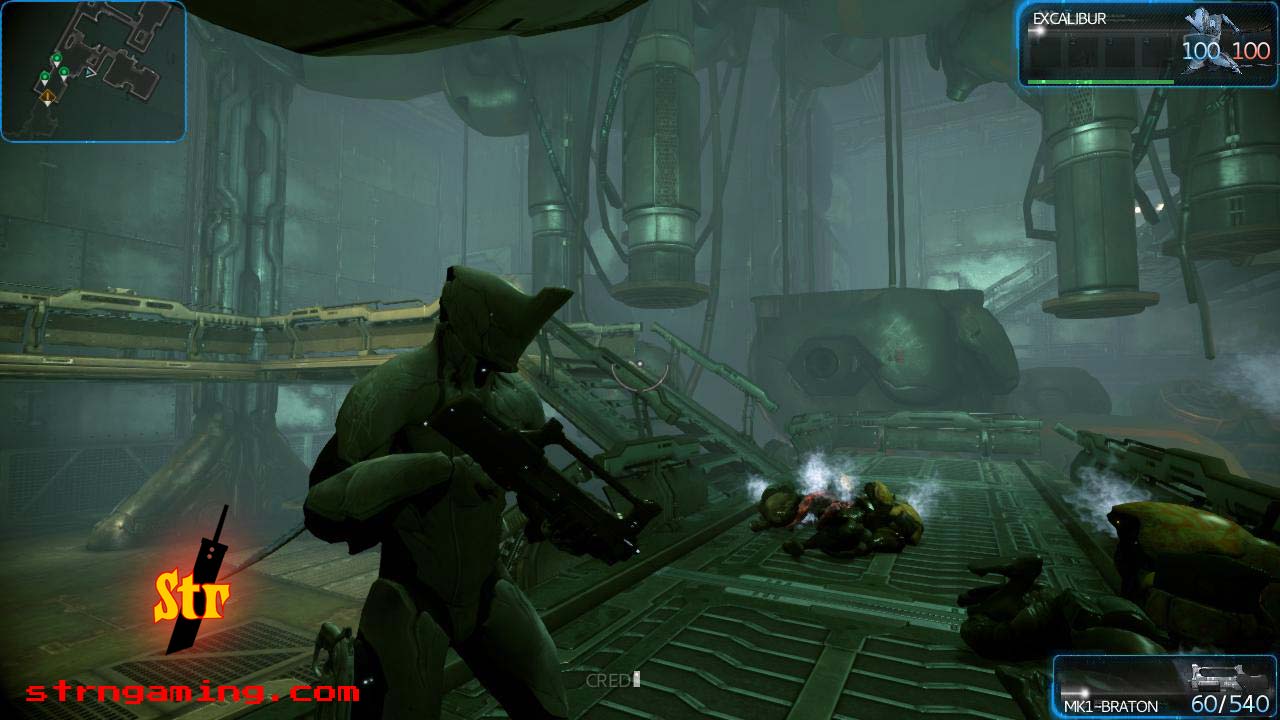 Space ninjas!!!  That get your interest piqued?  Warframe is going to be a cross platform for pc and ps4. If you’re expecting an epic storyline, you’re going to be disappointed because there is none to speak of.  The developers were surprised to find that players wanted to find out more about the games character and so in the ps4 version of the game, they will be adding some semblance of a story, but where it lacks in story, it makes up in game play.  You essentially just get in a group and go.  You pick different maps and set up your load out.  The way you level is through use of items and gaining xp from destroying the baddies in the game.  For instance, the more you use one type of weapon the more that weapon gains affinity and in turn you will be more accurate and deal more damage.  If you’re looking for a game that’s like a borderlands type game where you find better gear from drops then you can’t go wrong with this one.  You can get your account and game started here. 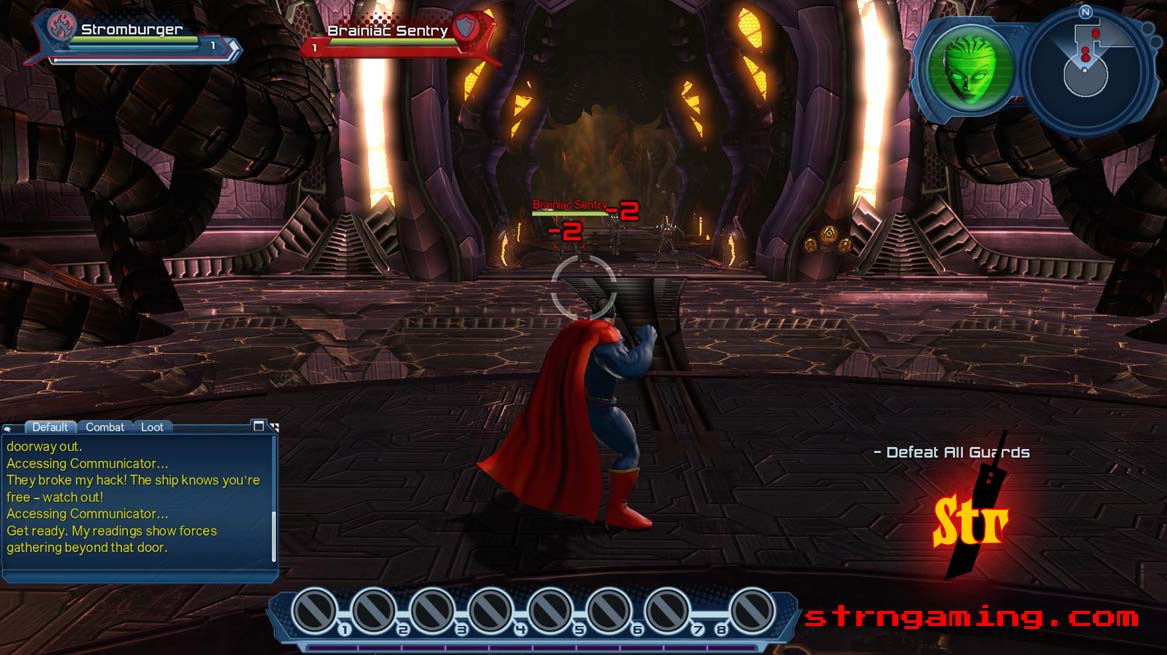 Superman, Batman, Green Lantern, Joker, Mr. Freeze are but a few of the mentors you can take on in this DC Comics based mmorpg.  In this game, your biggest time waster is the incredible amount of customization.  There you will spend hours acquiring armor and accessory collections to make your characters look epic and superhero like even.  If you choose the correct abilities, your character can fly or run at extreme speeds or grapple along buildings like your favorite DC superhero. This game is constantly getting new content in the form of dlc packs that add new gear instances and powers so the game will always be fresh.  When you’re about done with the current content, they release a new pack and the fact that you can take on the most legendary villains or superheroes depending on which side you choose will keep you occupied for a long, long time and since it’s free, you don’t have to play 24/7 to make sure you’re getting your money’s worth.  This mmo is currently available on pc, ps3 and will also be on ps4 when it’s released.  For the pc use this link, and for the ps3 you can find the download on the psn store.  FYI, my favorite superpower was the green lanterns power. 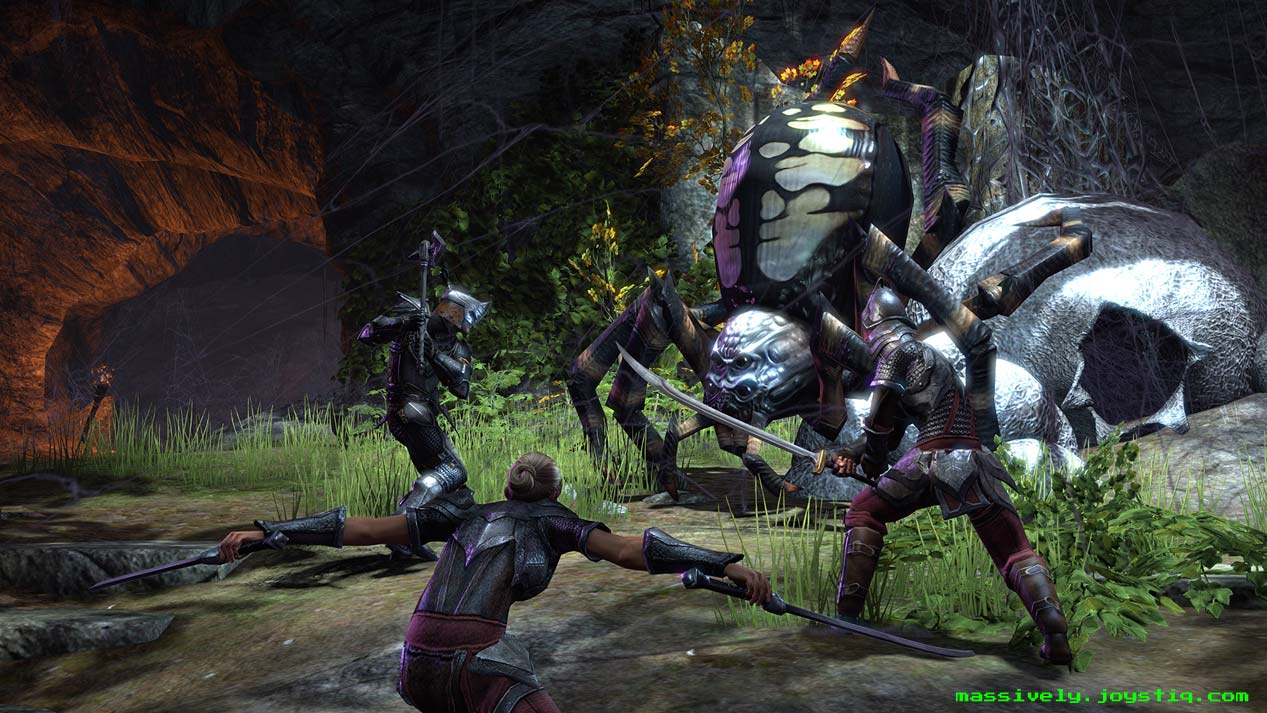 Finally, the public gets what they have been asking for since Morrowind.  Bethesda’s first venture into the mmorpg formula is looking like it’s going to be a great game taking place in all of Tamriel.  In this adaptation of all of the Elderscrolls stories, you’re going to be able to visit all the established lands of all the games, even Daggerfall will be represented in the game.  Although I haven’t played the game myself, from all the videos that have come out of e3, it seems like Bethesda is keeping true to the Elderscrolls gameplay, which if it’s anything close to Oblivion or Skyrim, will be most epic.  The game is currently in the beta stages and will also be coming to xbox one and ps4 with the ps4 having an exclusive beta, so keep an eye on this one.

Bear in mind, this list isn’t by any stretch of the imagination all of the great games that are free 2 play.  Rather, I’ve tried to give you some triple A titles and some cross platform ones for the console gamers out there.  I play on console and pc so my next year is going be spent online into the wee hours leveling up my characters and getting that bit of armor styles and hiding from the sun like an albino vampire.  So there you go, if you’re a poor guy like I am or just super busy to justify paying a subscription fee, I hope my guide has given you an inkling that you don’t have to pay for a game and can get an enjoyable game on par with pay 2 play game experience for nothing a month.  So happy gaming, and dude you stole my mob… you go now, I pk pk ha!