What can I say about this open beta that would convey my thoughts without going into a cussing fit? Should I start with the servers breaking down for most of the open beta, or should I start with the poor customer support in trying to get the issues resolved after they “fixed” the servers. I know a lot of you are going to have strong opinions on this review saying stuff like, “It’s an open beta; it’s not going to run at its best.” But to those people I ask, are you saying it from an objective view or a fanboy view? Now let me give you a little backstory to my experiences with the FF franchise. I’ve been the biggest Final Fantasy fanboy since NES and have played every game since, and in my eyes Square Enix can do no wrong, except for Last Remnant. That game seemed like their brains farted when they put that out, but I digress. 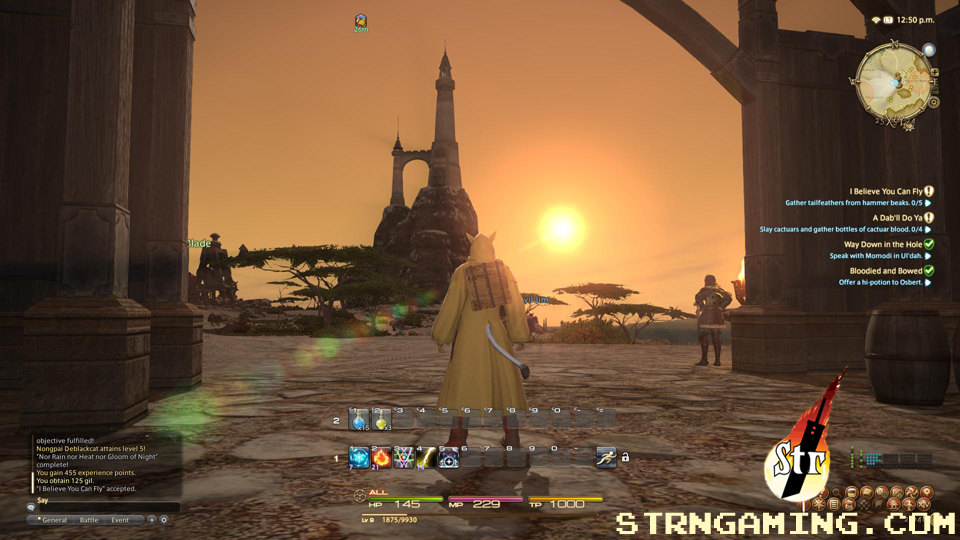 I was looking forward to playing this re-made MMO for some time now. Not having had the luck of getting into any of the closed betas, I was happy when I finally was able to play. I was glad to get my character made, although I wish they had a few more races *cough Viera cough*. I ended up making a Hyur gladiator and so began my spiral into madness… I was able to play for a good 4 hours when the servers went down and never recovered. I stayed up till 3am waiting on the servers to use a phoenix down, but alas I fell asleep at my keyboard. When I awoke at 10am the next day, to my dismay the servers were “fixed.” They added some extra servers for the NA/EU side, but I couldn’t create a new character on any of them because it said I was still logged in and to wait a few minutes before trying again *fast forward 4 hours*. Still without any luck, I finally decided to try the Japanese servers, and lo and behold, I was able to get on. I was finally able to get some real playtime and get the real scope and depth of the game till I hit the lvl 20 cap. So, here is my review of Final Fantasy XIV: A Realm Reborn *cue Final Fantasy epic intro music*. 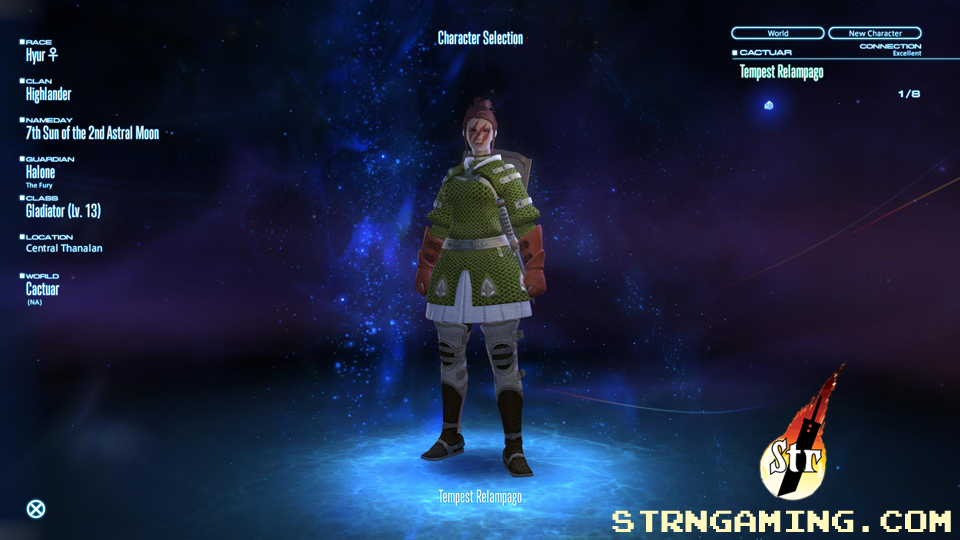 Realm Reborn plays like a standard MMORPG with it being optimized to be played with a keyboard and mouse, or a game control (I used my Xbox 360 control). Both run very well, so console gamers and pc gamers will be able to switch back and forth without any problems. The targeting system is a tab type game play where you can either hit tab to get your next target or hit the left and right on your d pad control. Spells and attacks are easy to use while playing with a control; you get the same kind of layout as in DCUO. For example, hold down the L2 or R2 to bring up more attacks, or if using a keyboard, just use the numbers on the top standard fair to any seasoned MMORPG player. The game plays out like all other MMORPGs with a quest fetch system which gets tedious and boring at times. What breaks up the monotony are the fate system quests. These fate quests appear at random points on land and allow all the players to do a mini open raid type deal where you participate with all other players who join the circle and fight off some baddies getting some xp and goodies at the end of the event. I found myself dropping what I was doing and making a b-line to the events. Playing with friends cross platform was cool. My friend was on his PS3, and I was on my PC, and meeting up for some questing was very fun. Cross platform is what is going to be the best part of this game because not all players are PC players and not all console players own a PC, so giving them opportunities to play together is a great idea. 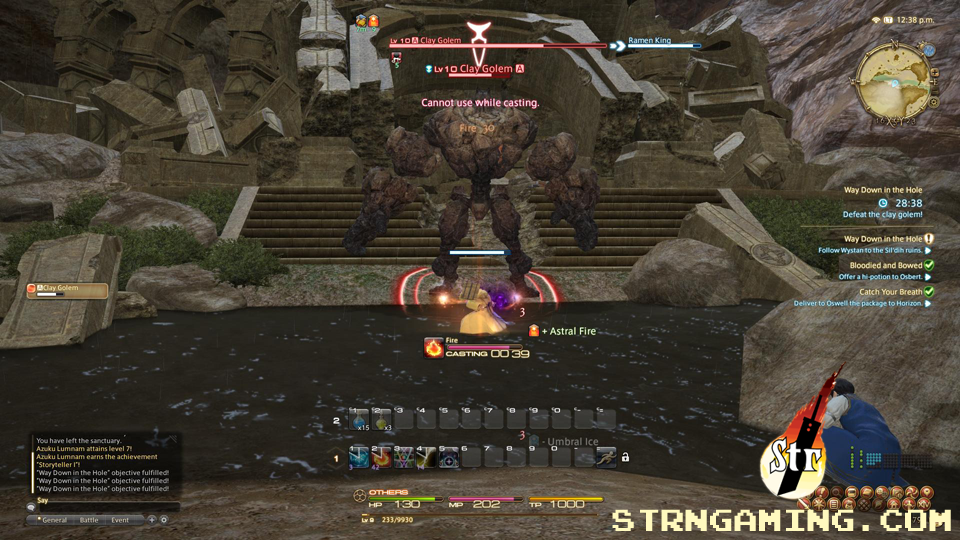 What can be said about Final Fantasy games in general, but “Gorgeous” and this game does not disappoint. I was running the game on high graphics and it looked impressive. The characters can be customized to a high degree with many options. The world and iconic flora and fauna are exactly how they should be and the chocobo look like chocobo, so that’s a plus. The player animations are well done and spells look very cool, although I wish I would have gotten to see some of the iconic summons from all the other FF games. Also, from some of the screenshots I have seen on the web, having old and new characters making debuts in the game just adds to the world. Overall, I’m looking forward to seeing how the game will look on the PS4. 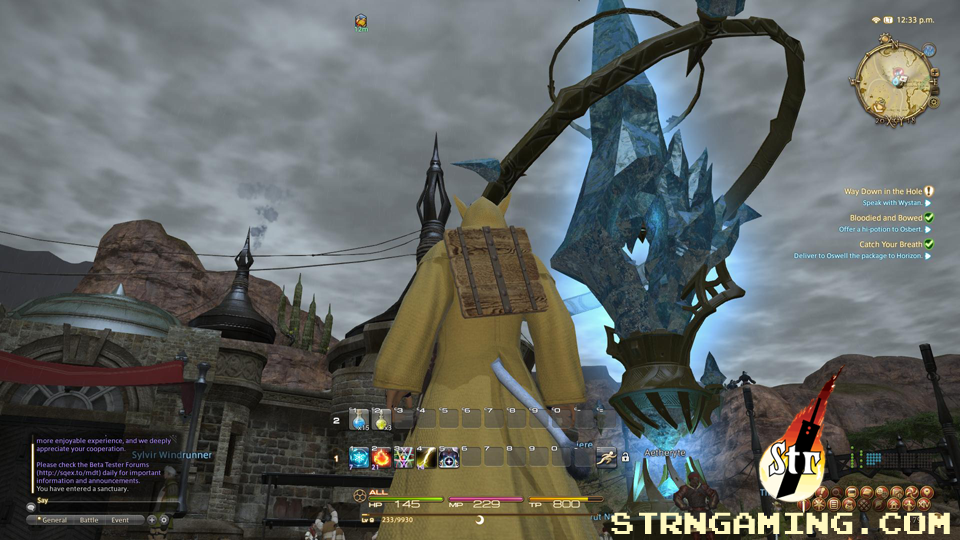 The audio scores in FF have always been some of the best *cough Nobuo Uematsu cough* and this game has not let me down. The new takes on the quintessential themes like battle music and chocobo themes are a refreshing new take to hear character voices are well done and not over acted. The victory song made me giggle with delight when I leveled up. The scores on this Final Fantasy game please me. What more can be said other than VERY NICE!! HOW MUCH??!! 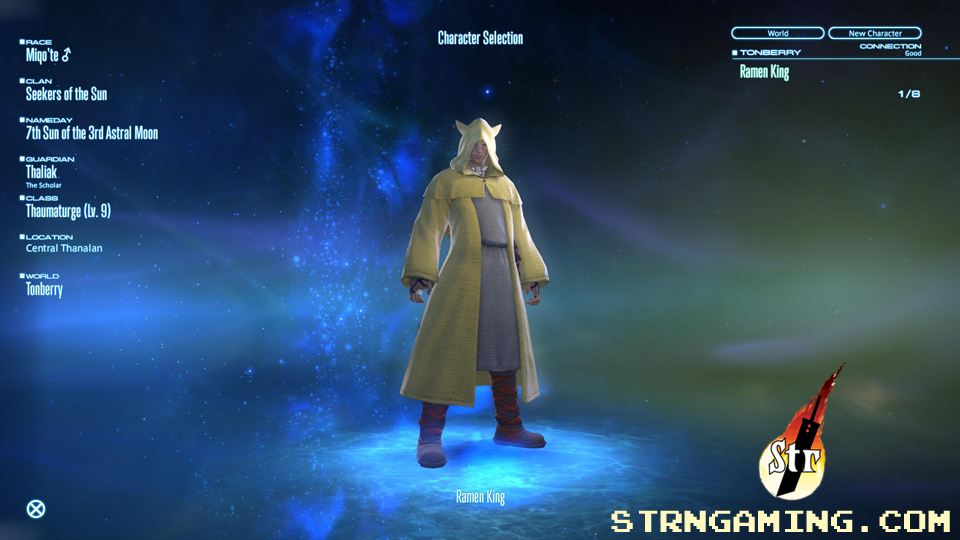 My final thoughts on the game were good overall, despite the frustration dealing with the tech support, forums always being down and not being able to play the game till the twilight hours of the last day. I enjoyed when I could play but with open betas being a disaster most of the time, it kind of made me not want to buy the game anymore. If I do decided to play FFXIV, it would have to be a free to play model. For now, I’m sticking to the standard FF games.