MTG 2014: Duels of the Planeswalkers Review

Duels of the Plainswalkers 2014 is Magic the Gathering, the trading card game on console and pc. Many of you may know of the online game and have overlooked the DotP series because of the limited card selection and pre-constructed decks that have been the main staple of this version of MTG. Well, I’m here to tell you that it has gotten way better than its last installments. In the previous versions of this game, you were stuck with a mana pool that would just keep growing and growing as you unlocked all the cards for a certain deck. Not any more, now your mana pool can be manipulated to your needs, you can add and subtract lands as you see fit. The best addition to the game has to be sealed deck play. The sealed deck game starts off by giving you 6 boosters that have random cards from the sets they have available in the main game. After opening all of your packs and making a deck (minimum 40 cards) you can play the sealed deck campaign which will net you another 3 packs to add and modify your deck as you see fit. To start, you get an additional deck slot so you can make a second sealed deck and can purchase additional slots for more diversity (I had a horrible pull so my two decks are weak  (>.<) ). Another neat aspect of the game, are the card animations added to iconic cards in the series giving it a nice feel, as if the cards were coming to life. 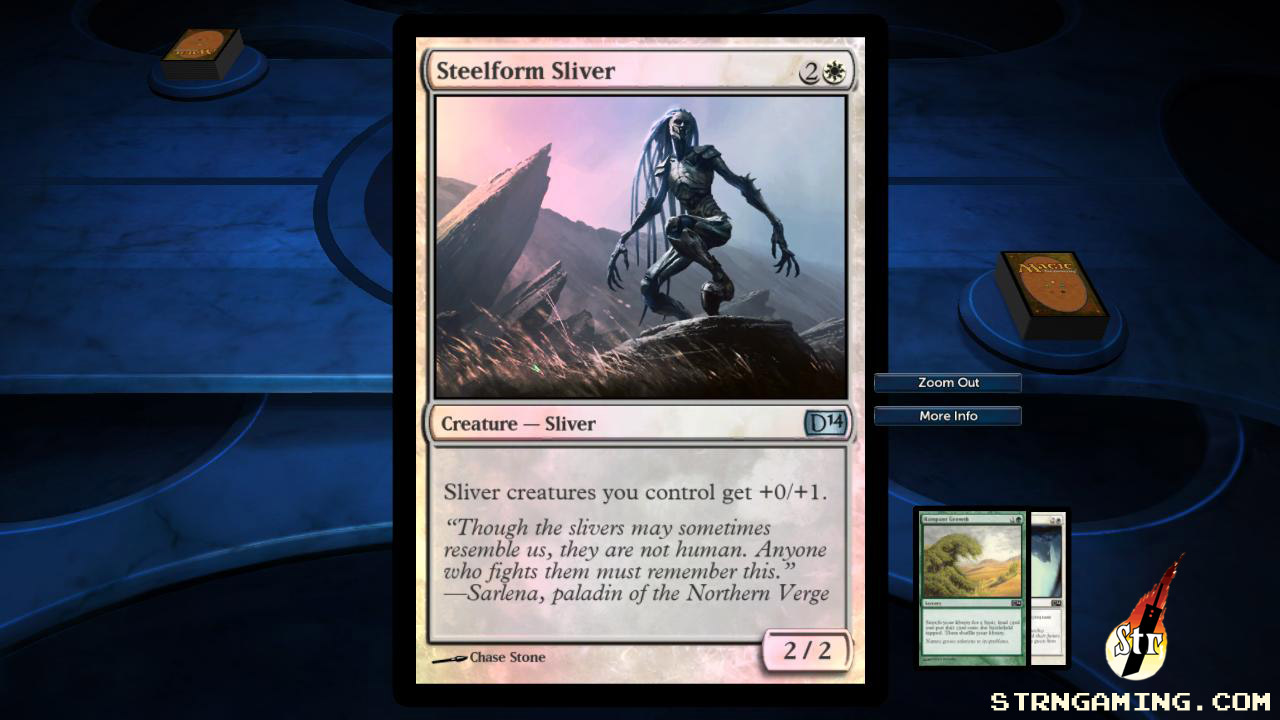 The card mechanics are solid like always and easy to pick up if you’re just a beginner. Editing your deck(s) is a breeze. The story does a good job of giving you a little back story about the different worlds of Magic the Gathering. Online play is simple and easy to get a game going with players across the internet. You can also purchase deck unlock keys from the menu to get early access to locked cards, if you’re short on time this is a good option, so you don’t have to keep playing the game over and over to unlock everything. 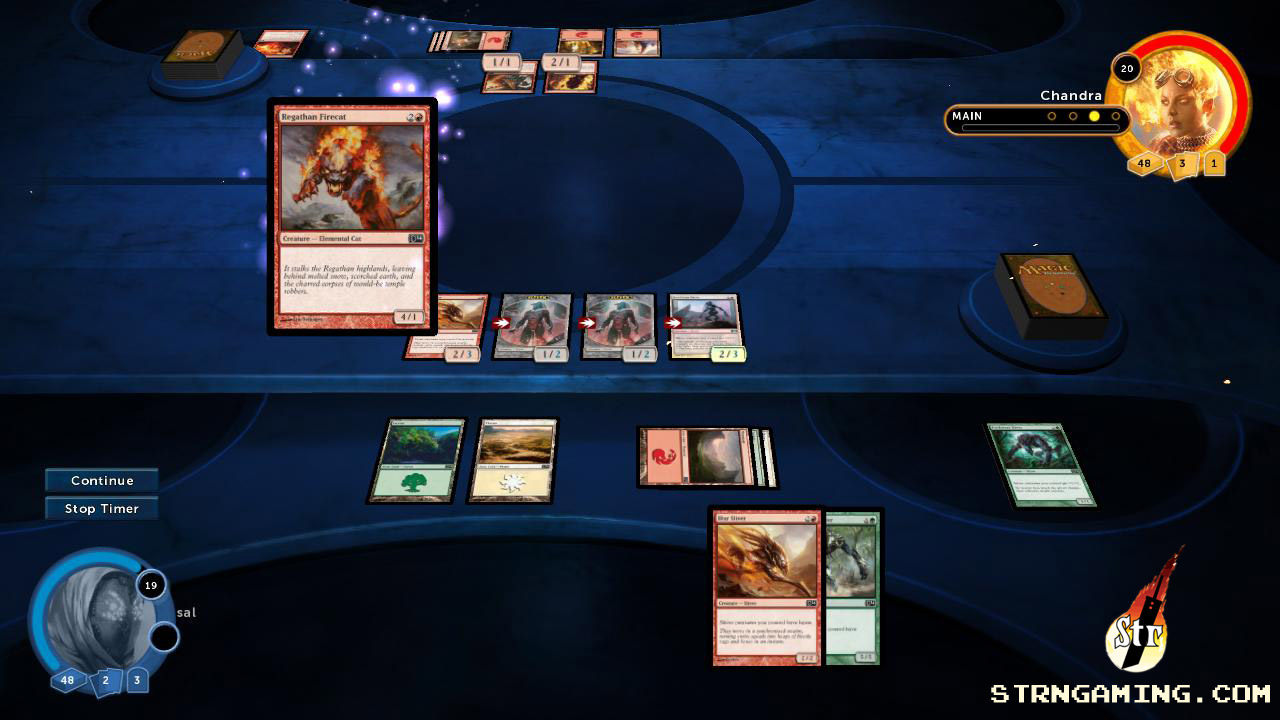 The cards are the main focal point of this game. The card art is as brilliant as ever, the artists who work on the imagery for the MTG are some of the best in the world. They have added new effects to the game, making it flashier and increasing its impact. The best addition though has to be animations on some of the rare and legendary cards, it’s neat to see them come to life and start moving when you enlarge the picture, makes it feel like you’re actually summoning a living creature. 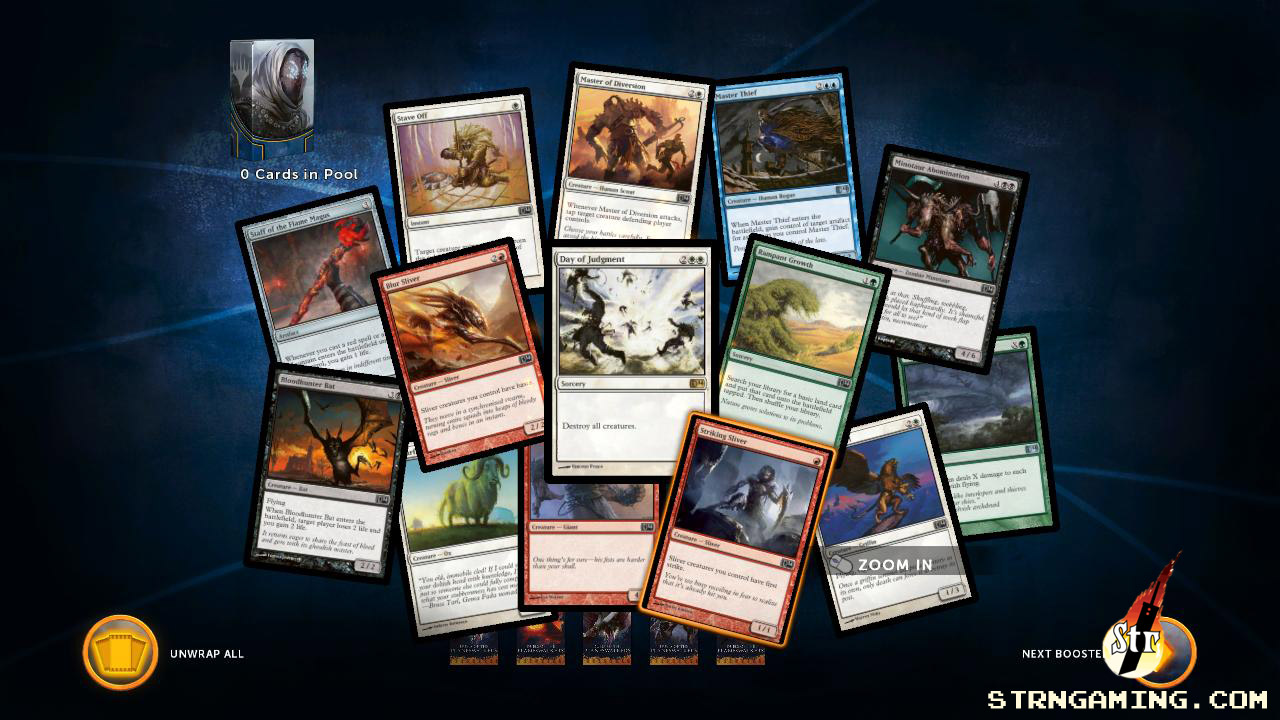 If you want to jump into the MTG pool but don’t want to spend lots of your cash on the real cards or the online cards this might be the best pick for you. The game is only 10 dollars and the only other money you would spend is to unseal main decks or add slots for sealed deck play, which is optional. All around this is a great way to get into the Magic. You get to try the pre-constructed decks online with other players and get to try-your-luck at making a deck with sealed play. I recommend this game if you are interested in collectable card games but don’t want to spend the all money involved in this expensive hobby. 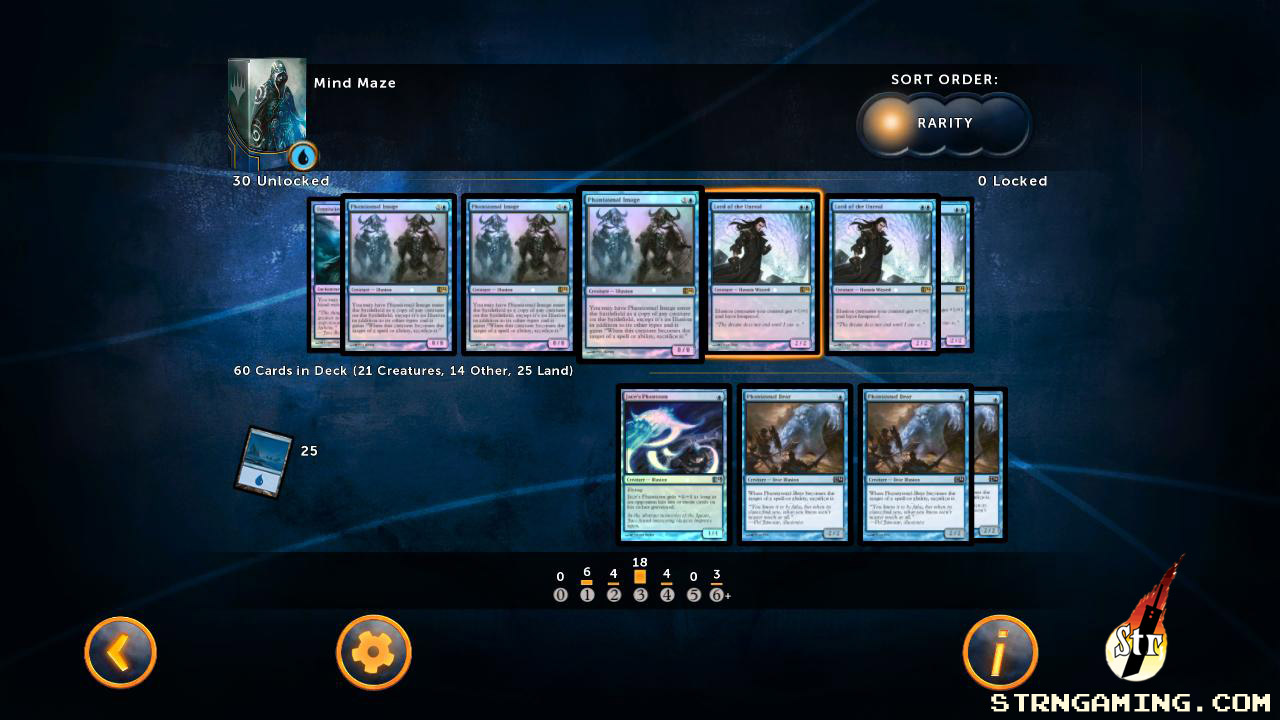