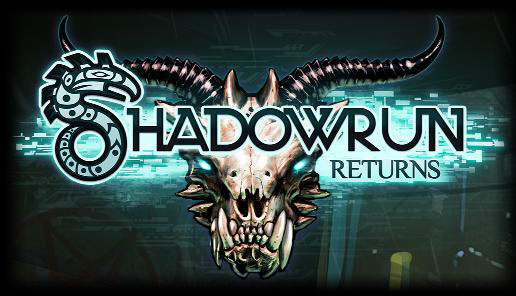 Before Desert Punk, there was Cyberpunk and this is where the world of Shadowrun takes place.  Finally after many, many years of waiting, a Shadowrun game is released, and it is a good representation of the world.  Shadowrun takes place around the Seattle, Washington area and is set in the near future.  The story occurs after the great awakening where magic comes back to the world which brings along with it mythical races. Some of the races that reappear are orcs, elves, zombies and dwarves and they open up the world to super-science and mysticism.

This version of Shadowrun is a turn based game like XCOM and other, older games like Fallout Tactics.  You can play as a close range Melee fighter, long range Sniper, Shaman, Mage, and even a Decker using an automated drone to do the fighting for you.  The fighting will take you from zombie infested graveyards to cyberspace where your mind becomes a persona and is able to fight programs as you hack your way through computers.  As you level, you get points to add to your character sheet, you can also receive points for doing certain tasks.  The best weapon I found which seemed to have broken the game, was the SMG.  If you put the SMG on full auto, you can pretty much kill anything in one burst. 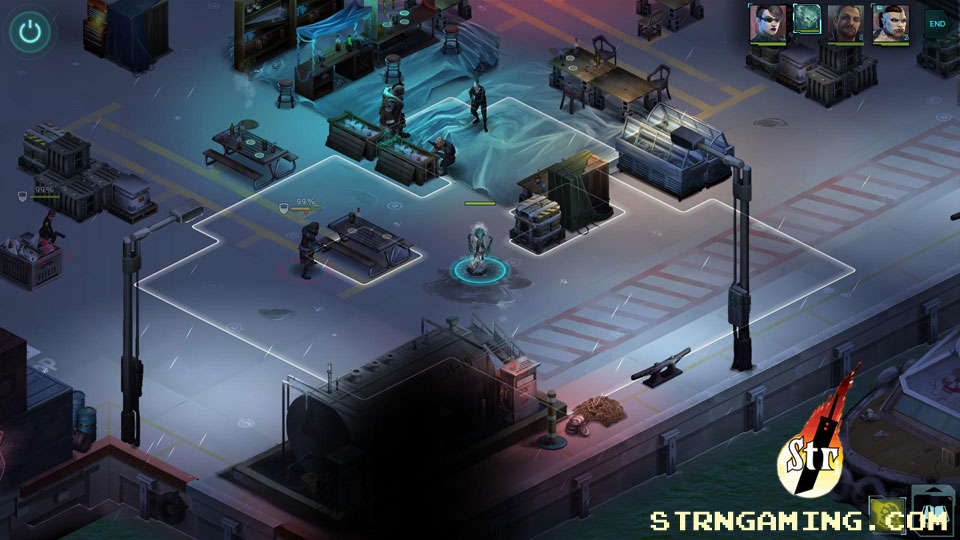 The Shaman build lets you summon spirits from elements found on the battlefield, i.e. puddles of water or even piles of flesh.  Shamans also buff and heal party members.  The Mage build is more centered on dealing large amounts of damage and crowd control.  The Decker can either be a cyberspace warrior or a remote vehicle user.  As a remote vehicle user, you control a drone or several drones to fight for you but you must repair it when it’s damaged.  With the Melee build you use short ranged weapons like swords or axes, or even bare handed boxing; this build specializes in closing the gap on ranged fights, dealing out large amounts of damage and disarming enemies.  The Ranged fighter build employs the use of assault rifles and SMGs to keep you at a safe distance while dealing good amounts of damage behind cover.  The game uses TP or Turn Points and you can get one move or several depending on how much TP it costs to do a move or attack, similar to Fallout’s Action Points.  A great feature in the game is the ability to create player generated missions.  When you are finally done with the main story, you can get more replay value by downloading a player generated mission that adds to the world. 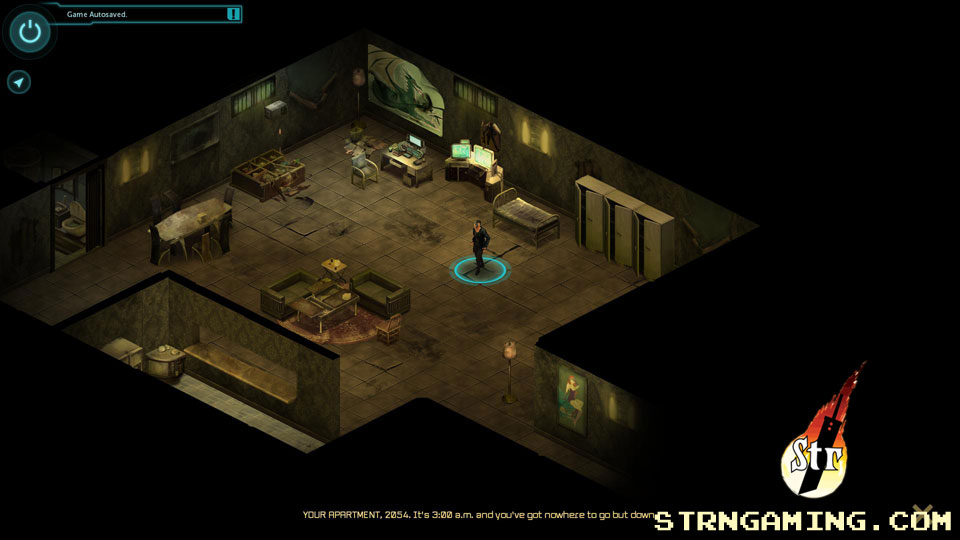 The characters portraits are beautiful, like paintings in the books. The levels are very well designed with great attention to detail.  Character animations and deaths are graphic with blood spatter and exploding bodies.  Overall, the graphics look like they could be ported to a hand held system such as iOS or Android and would have even been a great addition to the PS Vita, with its touch screen capabilities.

The music and sound effects are fair not mind-blowing.  The music helps move the game along but won’t be winning any awards.  The gun shots and bullet ricochets are realistic and the impact on your enemies gives a visceral feeling.  Overall, there is nothing groundbreaking here. 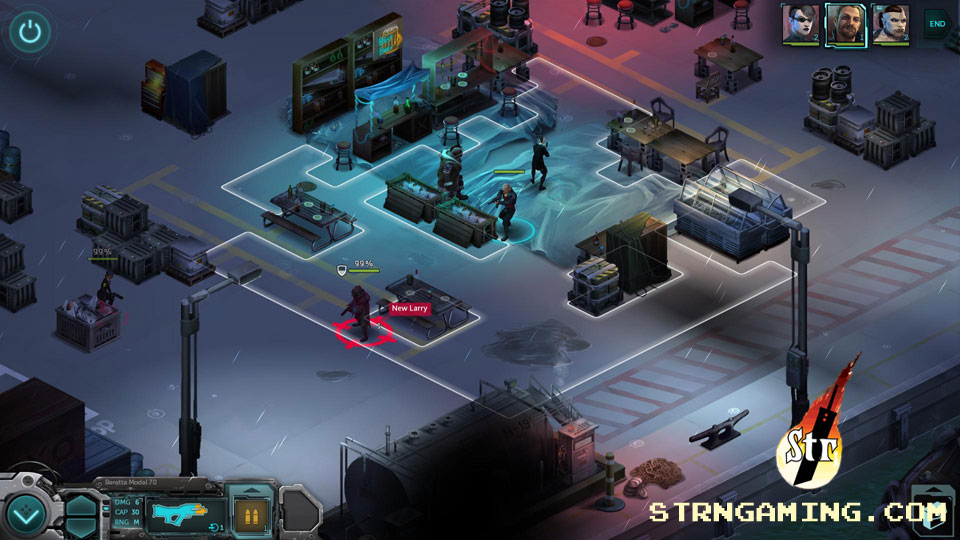 In conclusion Shadowrun is a great turn based game.  If you like XCOM, you will like this game. I would recommend you pick this indie game up, it has plenty of story and many options for a customized experience.  Thanks to Kickstarter for making this game possible and I hope they get the chance to put out more Shadowrun world games.