Here’s a tough call.  Games should aspire to be more than they are.  Aren’t you tired of seeing the same 2-3 genres of game, the first person shooter, the sports simulation, the generic RPG action and the erotic sci-fi adventure?  Here is a game that really set out to be something different.  And it was, in one very meaningful way.  It played like absolute garbage.  Heavy Rain sprung forth like some kind of fever dream from the brain of director David Cage, director as in, “I wish I worked in movies” director.  This game wants to be Seven so bad.  It plays out more like a Lifetime movie of the week.  You spend the game controlling several different characters, unraveling the mystery of the “Origami Killer” a serial killer and kidnapper, who stalks his victims on the streets of…wherever the hell this thing takes place, somewhere in America, presumably.  The problem is, the production is so obviously European that all of the interiors appear to be filmed in an Ikea, and the characters are all working out various weird accents, and it makes them sound like they’ve had a mild stroke. 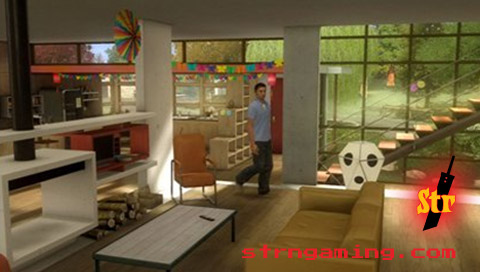 It happens.  Liam Neeson is a pretty great actor, I don’t think I’ll get any disagreement there.  Ever seen him play an American?  Painful, isn’t it?  You spend the first hour of the game playing super dad Ethan Mars, setting up your kid’s birthday party, and then playing outside with him.  Later, you chase the hyperactive lad through the mall, alternately scolding him for running off, then rewarding his horrible behavior by buying him a balloon from what is clearly a sociopathic mall clown.  Later, you lose the kid again, he runs out in the street, and gets struck and killed by a car.  Yup.  This is one of those games. 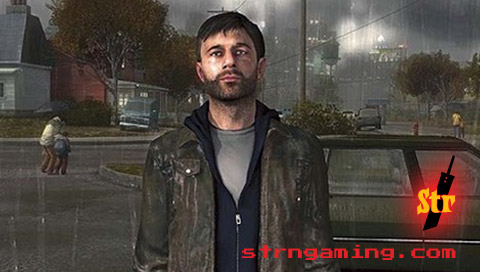 Which button do you press to fail at life? Because that’s what this guy did.

Anyway, the killer kidnaps Ethan’s other son, and the rest of the game is spent trying to get him back, and to try to figure out the identity of the killer.  I won’t spoil it for you here, but I will say it’s not the balloon clown from the mall.  I thought it would have been him for sure, but the “scary clown” angle is dropped pretty abruptly, and never revisited.  This makes Heavy Rain the only game in video game history to present a clown as anything other than a symbol of terror, or personification of serial murder, with the possible exception of Circus Charlie, possible. 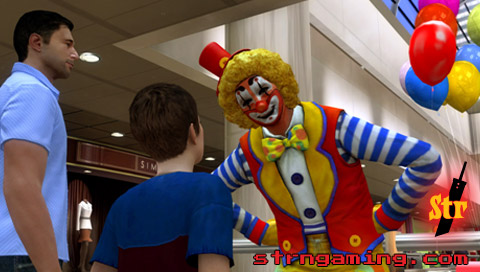 “Hello, little boy! THE ONLY WAY OUT IS DEATH!”

This game makes the list due to its originality.  Although Heavy Rain is deeply flawed, there is truly no other game like it, at least until Cage’s next magnum opus “Beyond: Two Souls” hits in a few months.  Oh, PS.  The game has been patched to allow use of the Playstation Move controller.  Don’t bother.  You become so distracted with jerking around rhythmically, flailing about like a Sasquatch with a bad case of crabs, you will miss the subtle nuances of the game’s nonsensical plot.

One comment on “Stupid Console Games You Should Play : Heavy Rain”